The latest news in the world of video games at Attack of the Fanboy
April 22nd, 2017 by Dean James 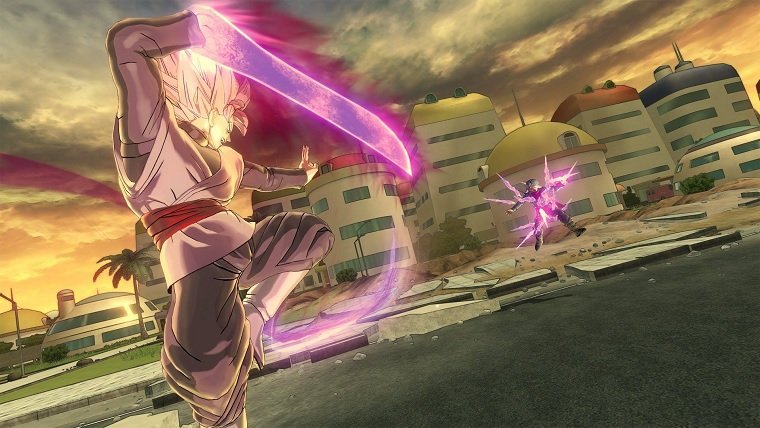 Dragon Ball Xenoverse 2 launched last October as a sequel to the very well received first game in the series. At that time, it released on PS4, Xbox One, and PC, but it is also scheduled to come to Nintendo Switch at some point this year. However, in the meantime, we’re still getting DLC packs coming out and the latest is almost here.

There have already been two DLC packs released for Dragon Ball Xenoverse 2 to date, each bringing a few playable characters and more to the game, which were each part of the game’s season pass. We’ve been hearing about the third DLC pack for awhile now, which is known as DB Super Pack 3, and a new gameplay video has been released showcasing the new characters just head of its release.

Set to release this coming Tuesday, April 25, DB Super Pack 3 will be adding three playable characters to the game with the movie villain Bojack, as well as two Dragon Ball Super villains in Zamasu and Goku Black Rose.

This new gameplay video has been released by Bandai Namco Entertainment Europe, which focuses exclusively on the new fighters being added in DB Super Pack 3 for Dragon Ball Xenoverse 2.

The gameplay video starts off with Bojack facing off against Goku, with Goku then facing off against Zamasu in his Super Saiyan Blue form. Lastly, we see Goku Black Rose fighting Zamasu, so we get a good chance to see each of the characters get a chance to shine in this fairly short trailer.

The DB Super Pack 3 for Dragon Ball Xenoverse 2 will be available starting Tuesday and should likely be $9.99 like the previous two DLC sets. If you want all the extra content for the game though, you will want to buy the season pass that is available for $29.99 and is supposed to provide four total DLC packs. If this pack and the final DLC pack are both $9.99, this season pass will save you about $10 overall, so it’s definitely worth it.