The latest news in the world of video games at Attack of the Fanboy
March 17th, 2015 by Dean James 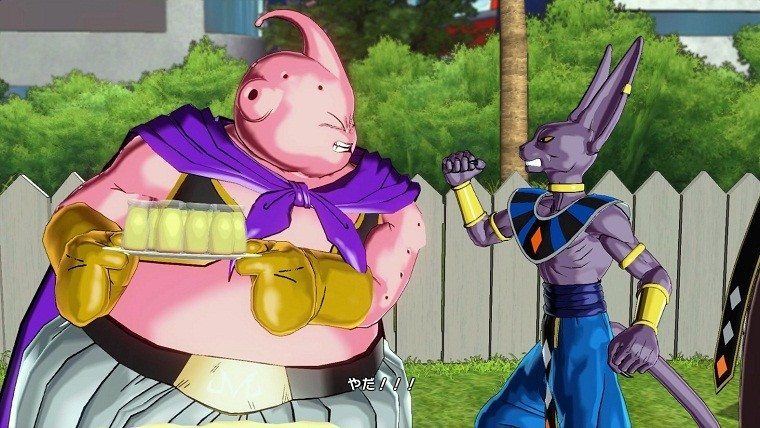 Dragon Ball Xenoverse hasn’t even been out a month yet, but the first round of DLC is arriving in the form of the GT pack. However, while that may cost you to obtain, the team behind Dragon Ball Xenoverse has revealed through the game’s official Facebook page that they are giving away some in-game gifts over the next month for anyone playing.

If you signed onto the servers of Dragon Ball Xenoverse anytime since yesterday, you should have been greeted by a message that you had a gift awaiting you at the Time Space Delivery area of Toki Toki City. The only prerequisite to be able to get this gift is to have completed the “Return of the Saiyans Saga” Time Patrol Quest, which is found incredibly early in the game.

Upon going to the Time Space Delivery station, you will receive the iconic Four-Star Dragon Ball, which will also unlock a few achievements if it is your first Dragon Ball. That is far from all, as they will be sending the following Dragon Balls over the next few weeks.

As you can tell, if you collect each of the free gifts over the next month, you will have all seven Dragon Balls and be able to summon Shenron for a wish. If you already have any of the Dragon Balls in your possession, you will not be able to get that specific one when it is given away, as you cannot hold more than one of each at a time. The only detail that was not revealed is whether you have to sign on within that specific week to collect each or if they will stack up at the Time Space Delivery station. Either way, I would recommend checking them out when they go up just in case and don’t forget to to get your Four-Star Dragon Ball right now!