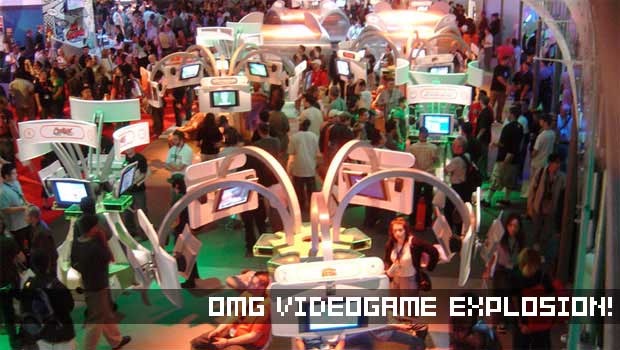 As E3 2011 draws to a close, the Entertainment Software Association (ESA) has released the yearly attendance figures for the show. According to the ESA, 46,800 people were at E3 2011, making it the best-attended show in five years. The convention also brought an estimated $25 million in revenue to the city of Los Angeles.

E3 2011 officially has over 1000 more attendees than were reported to have appeared at the 2010 show. Though in retrospect, this number is nothing compared to the 2006 show which had the highest attendance ever with a landslide 70,000 attendees.  That incredible number is undoubtedly due to the fact that 2006 was the E3 in which the “Big 3” unveiled their plans for the “next generation in gaming consoles.” The PS3, Xbox 360, and Nintendo “Revolution” (as the Wii was referred to then) all made their first appearances, though not much gameplay from the consoles was shown in favor of mostly pre-rendered footage.

Although E3 crowds may be on the rise again, the number of exhibitors (developers and publishers) was down significantly this year. The ESA reported that “more than 200” exhibitors showcased their projects at E3 2011, down from “approximately 300” in 2010. Despite several rumors, the ESA also confirmed that the convention will return to the LA Convention Center in the coming years and the traditional farewell banner reading, “See You Next Year! June 5-7, 2012” was in place.