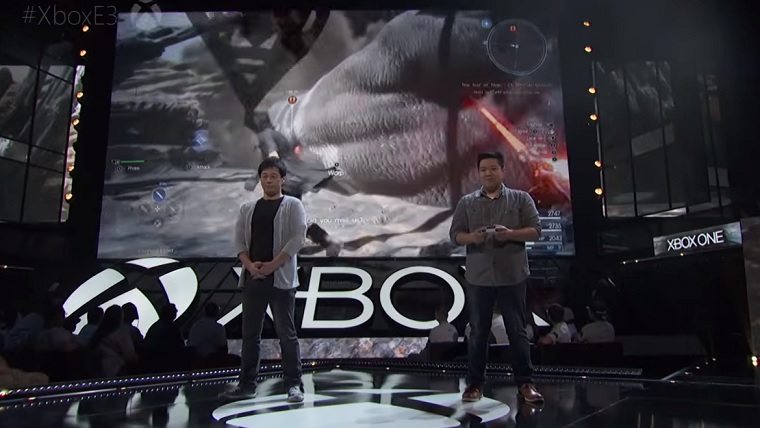 The Final Fantasy 15 director took the stage at Microsoft’s E3 press conference to show off some brand new gameplay of Final Fantasy 15, and the footage shown was absolutely jaw-dropping.

The section of the game that was revealed was called “Trial of Titan,” which had a very Shadow of the Colossus vibe going for it as the characters took on a massive Titan. It was revealed that this was a three-way battle with another team, though information on them was not detailed.

The action that took place during the demo was very hectic, with the sheer size of this Titan being mind-blowing. As the Titan attacks the characters it takes out everything within a very wide range, and characters have to use very small windows of opportunities in order to get in some damage.

Final Fantasy 15 will launch for both PlayStation 4 and Xbox One on September 30th. Check out the new Xbox One gameplay for the game below.