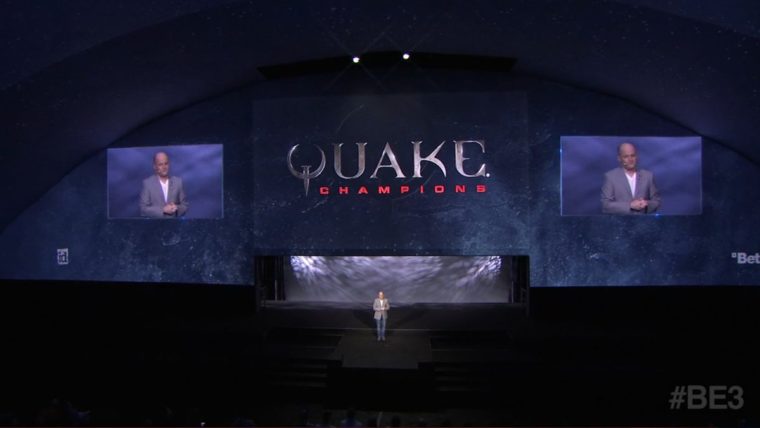 Bethesda has a lot of popular franchises from over the years and Id Software has been the developer of many of those titles for years. We just go the revival of Doom recently and that has had people wondering about another of their popular franchise, Quake, which is getting revived.

Quake is a series that still is played in competitive tournaments around the globe, but gamers have been anxiously awaiting a new entry in the series, which was just unveiled during the Bethesda E3 conference.

Quake Champions is a competitive arena style first-person shooter just like we would expect from the series.

The only disappointing news from some games is that it sounds like it will be a PC exclusive, as that is all they would mention during the conference.