E3 will stay put in Los Angeles through 2015 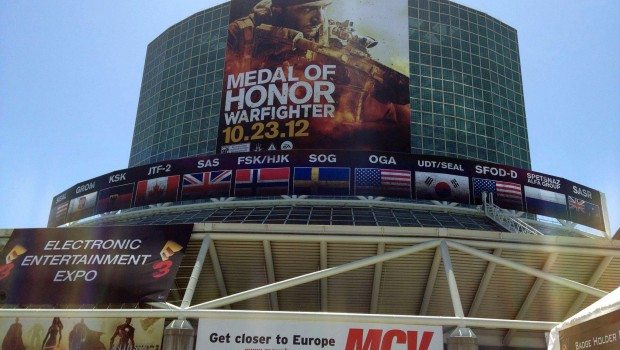 Back in June, concerns surfaced over the relationship between the Entertainment Software Association (or ESA, who are in charge of organizing E3 from year to year) and the city of Los Angeles, allowing rumors to emerge that suggested E3 could be moved permanently to another city. ESA president Michael Gallagher was quoted as saying in regard to the issues, “if we can’t resolve them, we are preparing to go elsewhere.” Today however, Gallagher is proud to announce that a new three-year agreement has been reached that will ensure gaming’s biggest and brightest convention will remain in L.A. through 2015.

The agreement provides that E3 will continue as scheduled even amidst AEG’s ambitious plans for downtown Los Angeles, including development of the new Farmer’s Field, and will take place June 11-13 at the L.A. Convention Center and surrounding venues.

“We are proud to partner with Los Angeles for another three years. The City serves as a strong backdrop for the video game industry’s biggest announcements and we look forward to remaining in LA,” said Michael D. Gallagher, CEO of the ESA. “Video games are a dominant force in the global entertainment marketplace and there is no better place to display that than Los Angeles. We look forward to continuing our relationship with the City and AEG.”

At E3 2012, gaming’s largest trade show brought  approximately 45,700 video game industry professionals, investor analysts, journalists and retailers from 103 countries together for three straight days of gaming news, interviews, previews, demos, and more neon lights than you’d expect to find at a Cirque du Soleil show. In those three days alone, E3 in total generated over $40 million in revenue for Los Angeles, so it’s no surprise that L.A. Mayor Antonio Villaraigosa is pleased with the agreement that will continue to bring gaming’s biggest event back to his city.

“The City of Los Angeles is thrilled to welcome E3 back for another three years,” said Villaraigosa. “My office was committed to doing whatever it took to keep the largest annual conference that the City hosts here for another three years. I personally joined in the negotiations, and we worked with all parties to ensure the needs of E3 would be met. The City is grateful the Entertainment Software Association continues to view LA, the entertainment capital of the world, as the ideal location for the world’s premiere video game convention.”