The latest news in the world of video games at Attack of the Fanboy
June 3rd, 2015 by Kyle Hanson 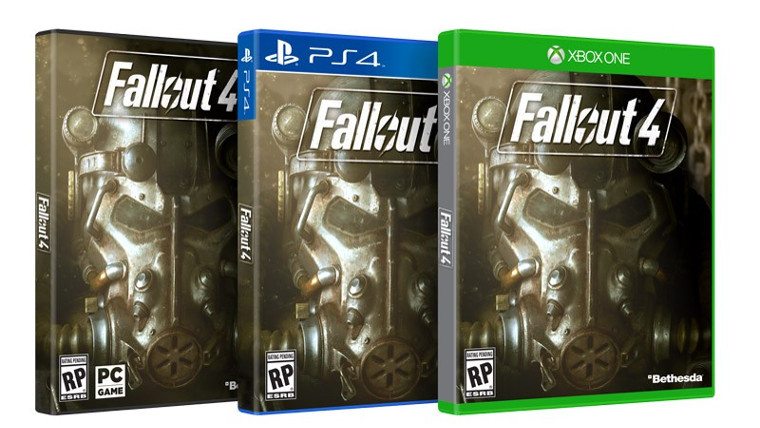 UPDATE: Amazon and Gamestop list the game for 2015 release as well.

After years of waiting Bethesda has officially revealed Fallout 4 for release on PS4, Xbox One, and PC. However, there wasn’t a release date given during this morning’s epic unveiling. Thankfully though, we have other sources of information. Pre-orders are going live across the internet, with sites like Green Man Gaming, and Bethesda’s own store listing Fallout 4. These listings all have one thing in common, they show a release date of 2015.

This is pretty surprising, and goes against the leading speculation about Fallout 4, which is that it would release in 2016. Given the fact that Bethesda has only just now shown the game to be real, having it set to release within the next seven months is a bit odd. Perhaps Bethesda is counting on the huge anticipation that has built up over the years, along with the buzz they have generated from this, and future announcements.

If this turns out to be true, and there are no delays along the way to release, then expect to see Fallout 4 hit your PS4, Xbox One, or PC some time later this year.