The latest news in the world of video games at Attack of the Fanboy
September 5th, 2017 by Jose Belmonte 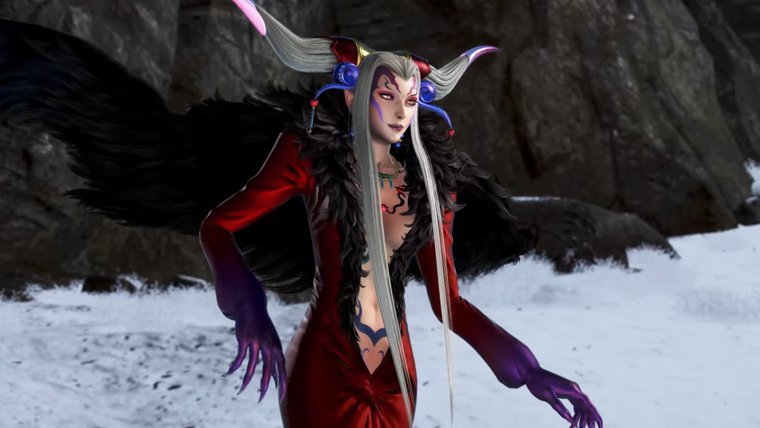 Square Enix has revealed today another character joining the roster of fighters of Dissidia: Final Fantasy NT. We are talking about the ultimate time sorceress, Ultimecia, who was the figure moving all the threads of the plot in Final Fantasy VIII. As is the norm with all the returning characters from the PSP games, Ultimecia retains her combat style and moves, which are mostly based on long-range attacks. That makes her a very unique and strategic character, adding some always welcomed complexity to the selection of fighters.

Ultimecia makes the 27th character that joins the roster of the game, and she was one of the only two villains from the original Dissidia games who had not been announced for the PS4 reboot, along with FFXII’s Gabranth. In Dissidia 012, Ultimecia received a fan-favourite alternative outfit, making her look like Edea, a complement which we really hope is also added to Dissidia NT.

In Final Fantasy VIII, Ultimecia was a powerful sorceress who was able to manipulate the flow of time, and whose objective was to compress time in order to rule over all the past, present, and future existence. In relation with those powers, Ultimecia is able to freeze her opponents in time.

Square Enix has been holding a closed beta of the game for this past week, and you can read our impressions here.