The latest news in the world of video games at Attack of the Fanboy
February 20th, 2017 by Dean James 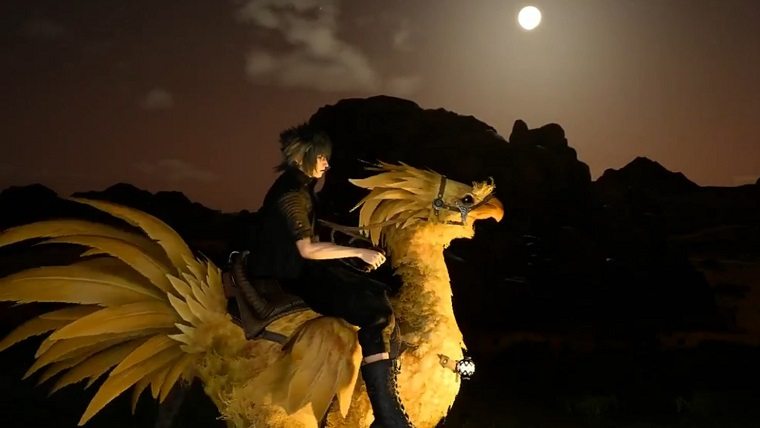 Final Fantasy XV released back in late November for both PS4 and Xbox One, but surprisingly the game suffered performance wise on the more powerful PS4 Pro system. We’ve been waiting for a promised patch to fix that, as well as add some other features, and while it wasn’t scheduled to go live until Tuesday, it has arrived a little early.

The latest patch for Final Fantasy XV on PS4 is known as 1.05, which you should be able to start downloading now, if it already hasn’t due to your system being in Rest Mode. This update is what many have been calling the Pro Patch, as it features Lite Mode compatibility up to 60 FPS on PS4 Pro. The full patch notes for patch 1.05 are as follows:

Patch 1.05 definitely adds much more than just the Pro patch, with the new level cap being the most important for all players. This definitely adds more to the game ahead of the upcoming DLC.

The ability to use the portable music player while riding chocobos is also a very nice addition. The in-game chocobo music is great, but it was always annoying to not be able to enjoy the vast library of obtainable classic Final Fantasy soundtracks while riding the chocobo around the map.

The patch has also reportedly gone live on Xbox One as well, though obviously the Pro stuff from the PS4 version won’t be involved. The other aspects of the patch should carry over to the Xbox One also though. The patch is said to be around 2-2.5GB, so definitely give yourself some time before you plan on playing next to get the update.