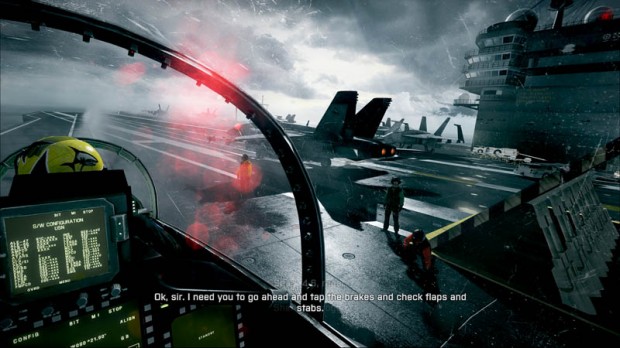 The first Battlefield 3 Reviews have gone live, and the shooter is gathering praise from the largest sites on the web.  The game which launches at midnight on the 25th, is just hours away from hitting the hands of the masses that have been awaiting the final version of the game patiently for many months.

The complex situation that intial reviewers have had are only allowing the PC version of the game to be reviewed at this point.  Meaning that these initial scores are only reflecting that version of the game.  With an expected day one patch due to hit tommorrow, expect many outlets (including us) a couple of extra days to see how the changes to the game are implemented at launch.

Here are some of the top scores levied on the shooter thus far.

IGN – “Battlefield 3 offers an unforgettable, world class multiplayer suite that’s sure to excite shooter fans.”
Game Informer – “Multiplayer maintains the high level of quality DICE is known for, and the campaign is the best in franchise history.”
Game Trailers – “It features stellar multiplayer suite with practically limitless replay value and a mostly forgettable campaign.”
1UP – “The single-player and co-op campaigns both have their issues, but the multiplayer component is worth the price of entry alone. ”
GameSpy – “What makes the game so special is Frostbite 2”
Joystiq – “Battlefield 3 is the most fun I’ve had playing a shooter online since Bad Company 2.”