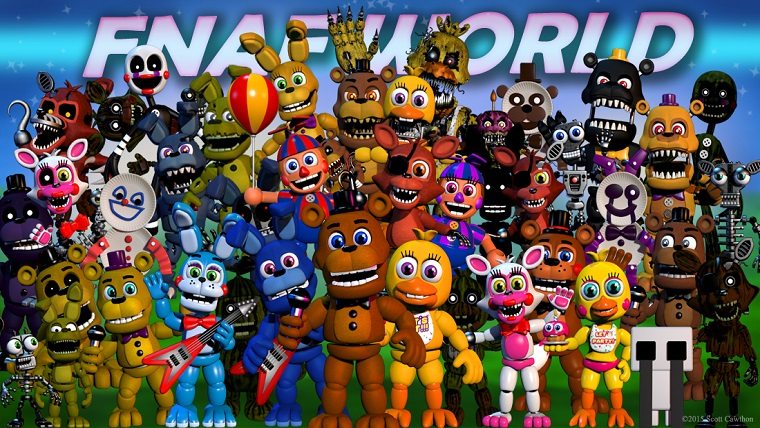 The original Five Nights at Freddy’s series are known for their spooky horror setting that utilized the innate fear of animatronics in a survival style adventure game.

Taking a completely different route, Five Nights at Freddy’s World is going to offer gamers with an RPG that moves away from the horror setting. Instead, you will be using the animatronics in what appears to be a very colorful and happy RPG style game.

The game was first announced last year, but the turnaround is pretty quick on this one, as the official release date has been revealed via a message from the series’ creator Scott Cawthon on the official Steam page.

“FNaF World is coming along very well, despite these delays, and I plan on releasing it February 19th on Steam, and then for Android and iPhone in the following weeks! I will also release a demo on GameJolt.”

We are just over a month from release on this one now, with a demo coming soon it sounds like. We can just hope this one lives up to the standards of the original four games, even with the drastic change in genre in this spinoff.