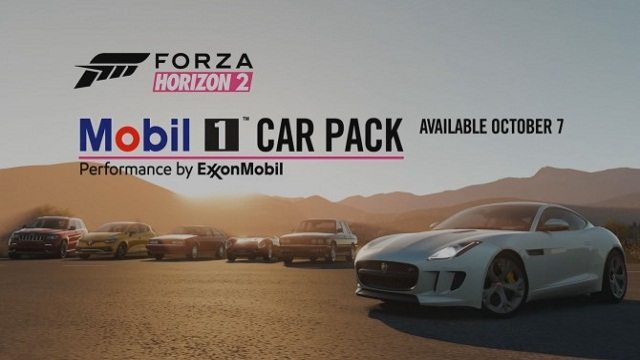 Forza Horizon 2 just came out a few days ago, although the game has already received its first batch of DLC that will see you racing in more cars.

Forza Horizon 2 has a generous 200 cars in the full game itself. If for some reason you want to race as more cars, Playground Games has prepped up the first DLC for the game. It is called the “Mobil 1 Car Pack” and should be available from October 7th which is today as I type this right now.

The BMW is free for those that want it in Forza Horizon 2. The rest of the pack of cars will cost you $5 in North America. It’s interesting that Playground Games didn’t want to talk much about DLC before the game came out, yet releases a DLC pack just days after it comes out…

This is a sign that more DLC cars in Forza Horizon 2 will be available sometime in the future. If you see a car you really want, you will have to pay to get it.,