Did Fox News Just Get Trolled Via the Bioshock Infinite Logo? 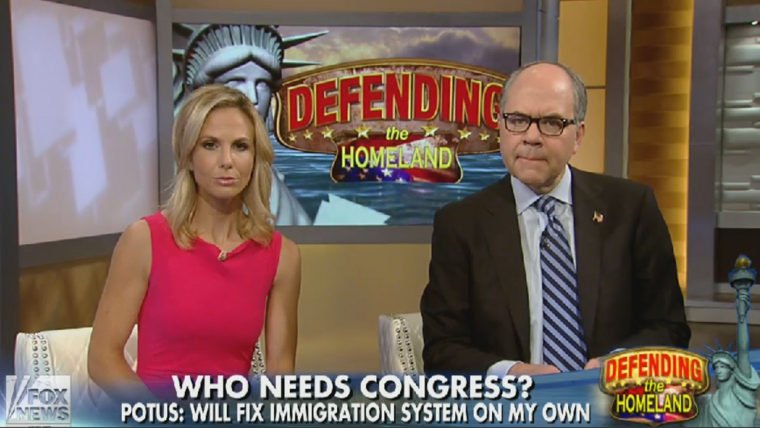 Multiple gaming news outlets are reporting that Fox News was caught using the logo from Bioshock Infinite as a backdrop during an interview with Texas Governor Rick Perry. The segment was called “Defending the Homeland” and was all about immigration. The logo, which can be seen above, looks very similar to the logo from the game, shown below for comparison.

The general assumption so far has been that the Fox News crew just liked the logo, so they used its general layout for their own purpose. I think something deeper is going on though. The elements of this story match up too well to be a coincidence. I think that the graphics department at Fox News is trying to make fun of the ideology expressed by the segment and the station in general. 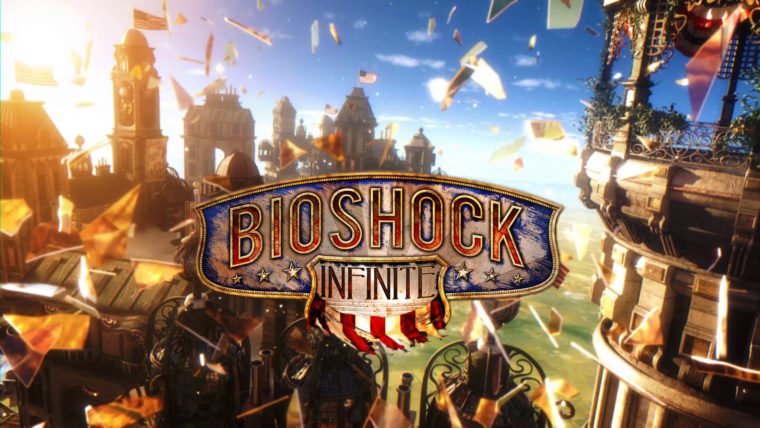 If you have played Bioshock Infinite then you know that it takes place in a city in the sky that is completely populated by racists. Their fear of “the other” is so widespread that they have a festival celebrating the beating of an inter-race couple. The racism is apparent throughout the game, showing the dilapidated conditions of the non-white bathrooms, and the shanty town that is reserved for the working class, who are almost entirely made up of minorities.

Bioshock creator Ken Levine tweeted about the logo commenting on the irony of an anti-immigration segment using the logo. “It’s not the irony of that Fox news thing that bothers me so much. It’s the typesetting.” While the typesetting is bad, it’s the irony that really gets my interest.

With this much irony tied to the logo choice, I have to feel like whoever threw it together knew exactly what they were doing. Pointing out the underlying racism inherent within a segment titled “Defending the Homeland” and saying that immigration allows criminals, drugs, and terrorists to slip into the US. If only we could lift our nation off the ground and into the sky, then no one could immigrate here and we could live crime and drug free.

Update: A commenter on Kotaku pointed out this painting from the game, if you haven’t played this should give you a better idea of how most of Columbia’s inhabitants feel about immigration. 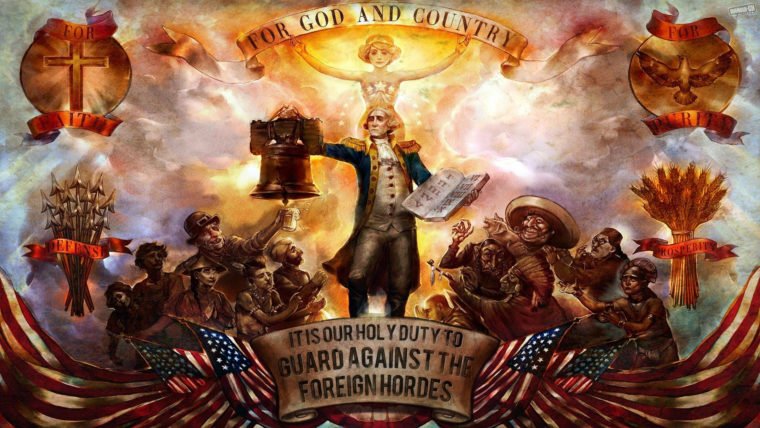 It is important to note that this is something the antagonists of Bioshock Infinite created, and the game is specifically satirizing this mentality.