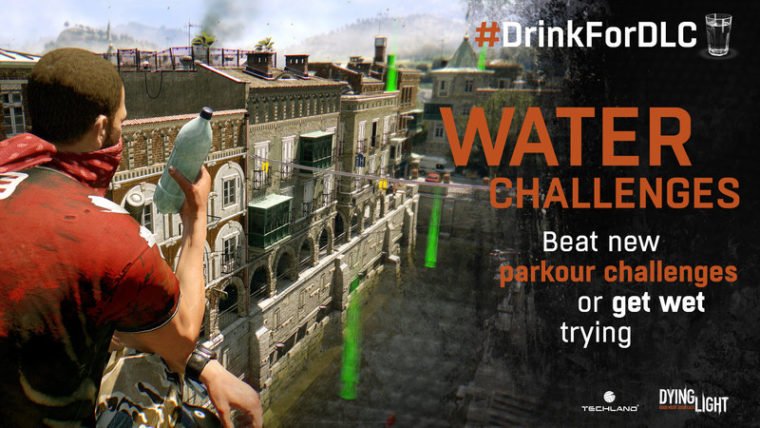 Several months ago Techland poked fun at Bungie’s game Destiny when the former Halo devs partnered with Red Bull for a promotion, with Techland asking fans to take a picture of themselves drinking a glass of water and post it on Twitter with #DrinkForDLC to get their own free content. Well, they have finally revealed just what this free content is.

The #DrinkForDLC is themed entirely around water and is a three-part content pack that contains the following:

This #DrinkForDLC content pack will be available to all players for free on February 9, 2016. It will also be launching with Dying Light: The Following – Enhanced Edition that will release at the same time. The Enhanced Edition will come packed with a lot of gameplay improvements, as well as all of the game’s DLC.

The #DrinkForDLC campaign has proven to be a big success for Techland, as it resulted in over 15,000 fans sending pictures and videos of themselves drinking water for the free content.