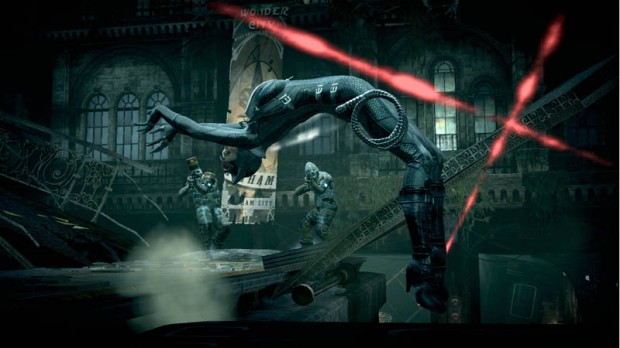 The battle between retailers like Gamestop and video game publishers has only really affected the consumer’s bottom line.  As gamer’s have been coralled into purchasing new copies of games that have no business offering an online pass for their mediocre experiences, some have been getting disgruntled with the new trend that has developed over the past few years.

In an unprecedented move, GameStop will offer a code for the Catwoman DLC in Batman: Arkham City.  As you may or may not know, the game features a “VIP Pass” which only allows you to access the content on the disc if you put in a code that is included with all new copies of the game.

GameStop will include this one time use code on every reciept for pre-owned copies of the game.