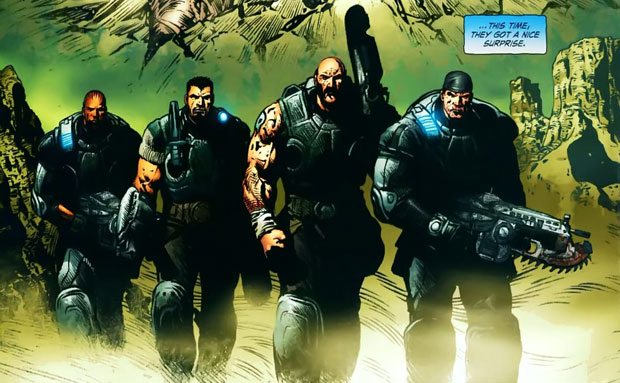 The first Gears of War 3 downloadable content will heading out in November, and when it does, you can expect alternate characters from the Gears of War universe to be included.  With the Season Pass announcement, Epic made it clear that there would be a good deal of downloadable content heading our way throughout the next year.  It was also noted that not only would multiplayer be seeing additions, but that single player would also get new content as well.

Cliff Bleszinski recently revealed that Michael Barrick of the Gears of War graphic novels would be one character that we would see in the content.

“It won’t be the graphic novel”, explained Bleszinski when outlining the new DLC.  ” But it will have all new campaign content that doesn’t have Marcus, Dom, Cole, and Baird in it.  Expect Barrick and more.”

The extensive DLC plans for Gears of War 3 have reached into all facets of the game.  From weapons skins, campaign content, multiplayer maps and more.  New maps have already been found on the leaderboards, with some wondering if they are already included on the Gears of War 3 retail disc that launched a short while ago.

Gears of War 3 launched exclusively for the Xbox 360 just a few days ago, to strong critical praise, making it the biggest game release of 2011 so far.