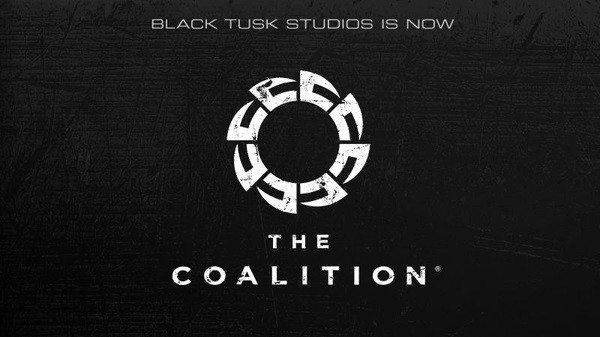 E3 2015 is just mere days away and preparations are being made for the show. One of those is the renaming of Black Tusk Studios, the studio which is set to helm development on future Gears Of War titles.

Former Black Tusk Studio head Rod Fergusson has announced the renaming of the studio to The Coalition where he will continue as studio head and overseeing the future of Gears Of War. The announcement was made via the video below, in which they cite the reason for the timing of the announcement being to “prepare for Gears Of War being released onto the world”. The logo for the renamed studio is similar to that of a Gears Of War ‘cog’ which makes sense given that they want to differenitate themselves from other studios in the Microsoft’s stable. Comparisons were made to that of Turn 10 being known as a racing studio, and 343 being known as the Halo studio. The goal was to have fans think of The Coalition and to think Gears Of War.

Further confirmation of their E3 presence was said in the video when Fergusson closed out the video by saying;

“When you see all the great work we are working on right now for E3 and all that gets revealed. And it is revealed as ‘The Coalition’, now you know why.”

Gears Of War fans have plenty to be happy about with this new information as Gears Of War will surely be on Microsoft’s stage during their Xbox conference later this month.