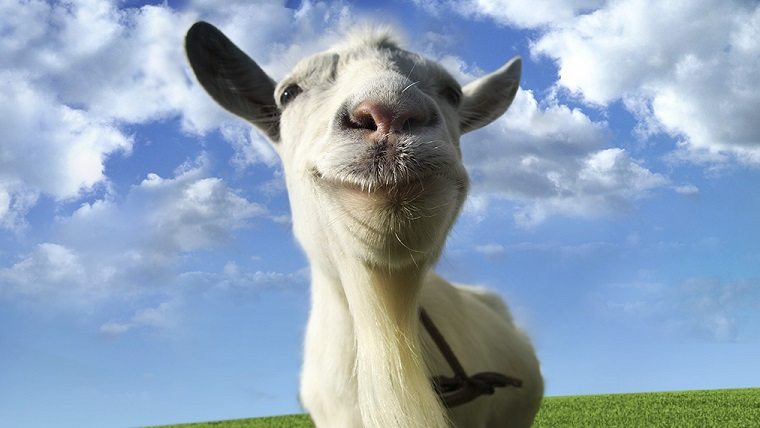 Goat Simulator is getting physical, as Deep Silver and Koch Media has surprised everyone by revealing that it has just signed on to publish a physical release of the game in Europe. The physical package of Goat Simulator comes with the base game and all of the updates released for it up to this point, which includes the two DLC packs.

If you somehow have no idea what Goat Simulator is all about, you are essentially tasked with controlling a hard-to-control goat through a buggy-as-hell town and cause as much mayhem as you possibly can. The game’s Steam page hilariously says, “It has been compared to an old-school skating game, except instead of being a skater, you’re a goat, and instead of doing tricks, you wreck stuff.”

For those of you who just want to try the game out and aren’t interested in purchasing a physical copy (and aren’t in Europe), the game is currently a part of Steam’s Lunar New Year Sale. The sale puts Goat Simulator at a 75% discount for just $2.49, and all of the game’s DLC is also being discounted and can be purchased together for $6.72.

Goat Simulator: The Bundle will be available to purchase in Europe on March 4. No news has been revealed yet regarding whether or not they plan to do something similar for the US.