The latest news in the world of video games at Attack of the Fanboy
November 7th, 2017 by Jose Belmonte 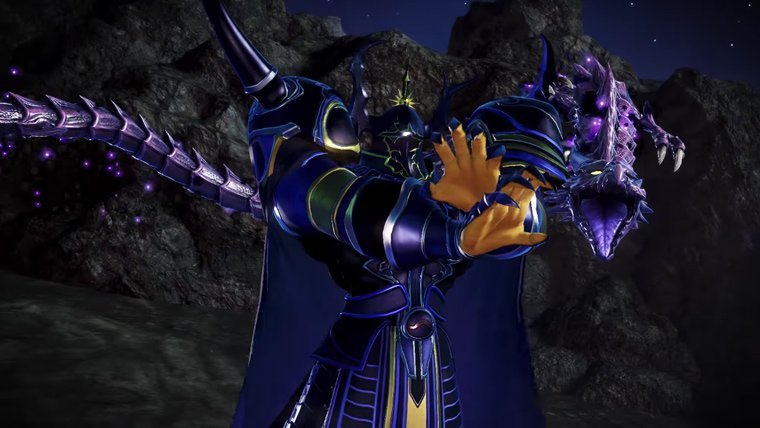 Square Enix has unveiled today a new controllable character and a new stage for the arcade version of Dissidia: Final Fantasy, while they are both expected to be present at the launch of the PS4 version this coming January. Golbez is the new fighter who joins the roster, making use of powerful and quick magic attacks and using skills like teleporting to take enemies by surprise. The FFIV villain will represent its game along with the previously announced Cecil and Kain, being the only entry so far to feature three playable characters.

The brand new stage also coming to the game is based on the MMO Final Fantasy XI, and it’s called Stellar Fulcrum. This place is located at the top of Delkfutt’s Tower, and is said to hold the Chrysalis Core, an ancient device powered by a crystal that is the key to access the Gate of the Gods and the eternal paradise. This is the 13th stage added to the game, with only FFVIII and FFXV among main entries still lacking of their own battlefield.

Square Enix is keeping its promise to announce new characters every month until the release of Dissidia: Final Fantasy NT for PS4. Previously revealed fighters include Cloud of Darkness and Noctis. FFXII’s Gabranth has many chances to be the next fighter to be presented, as it’s the only villain from the original PSP games that hasn’t been added to the new game.

Dissidia: Final Fantasy NT launches exclusively for PS4 on January 30 in North America and Europe. Watch the new trailers for Golbez and Stellar Fulcrum below.