The latest news in the world of video games at Attack of the Fanboy
April 26th, 2015 by Dean James 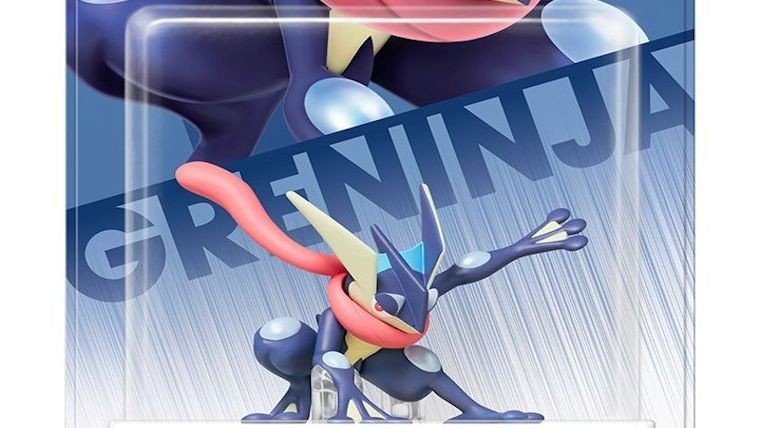 It hasn’t even been a month since the reveal of the release date for the fourth wave of amiibo in the US, but it has been almost a constant barrage of amiibo pre-orders ever since, most selling out in mere minutes. One of the surprises was that the US would be getting the Greninja and Jigglypuff amiibo, exclusive to Toys R Us and Target respectively, on the same day. Like Rosalina, Jigglypuff only had online pre-orders and otherwise will only be available on release day in stores. People who want the Greninja amiibo in-store are getting one chance prior to release and that chance is tomorrow morning, Monday April 27.

After initially selling out online through the Toys R Us website hours earlier than representatives for the chain said it would go on sale, no stores took in-store pre-orders for Greninja as stores were saying prior to that morning. Right after however, it was revealed that in-store pre-orders would be coming on Monday, April 27, which appears to be a go.

A leaked internal memo a few weeks ago revealed these plans and that stores were being instructed to print the pre-order tickets themselves, rather than get pre-order cards as per usual. For some reason, they are only holding pre-orders for Greninja and Pac-Man, so those looking to lock in pre-orders for the rest of Wave 4 are going to be out of luck here.

Toys R Us locations have been very varied in how knowledgeable they are on this situation, so be forewarned before going into the morning. It’s hard to recommend how early you may want to go, but I would get there at least a little before opening at the latest. If it is anything like Lucario, which it likely will be, the Greninja amiibo will be near impossible to find on release day or after. As a result, obtaining a pre-order in-store may be your last opportunity to obtain the Greninja amiibo, so good luck fellow amiibo hunters!