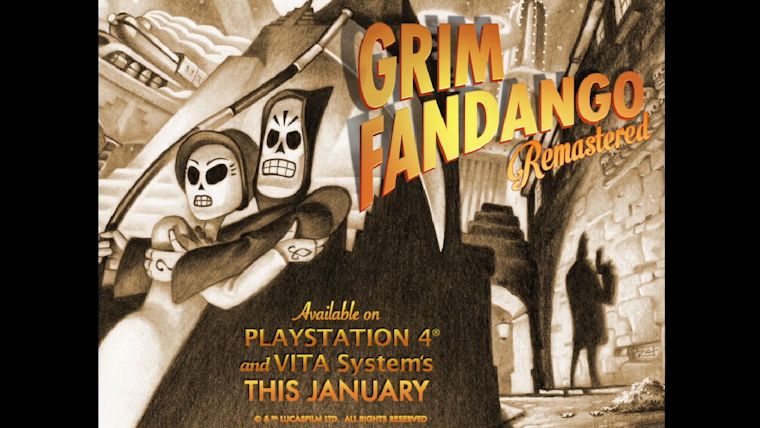 Earlier this year at E3, Tim Schafer revealed that they were bringing back the cult classic franchise Grim Fandango. Rather than a sequel however, they revealed it would be a full remaster of the classic game on PlayStation 4, PlayStation 3, and PS Vita. Courtesy of the keynote at the huge PlayStation Experience, we finally got a release date for the much awaited remaster.

Complete with a brand new trailer for the game showing off the great improvements for the game, it was revealed that Grim Fandango Remastered will hit PlayStation 4, PS Vita, and PC on January 27. The game looks great so far on the PlayStation 4, though it isn’t exactly the kind of game that is going to push the limitations of the console.

The neo-noir setting of the original remains in tact and is a fairly unique setting in gaming and with adventure games like this doing so well from companies like Telltale Games, Grim Fandango Remastered really could do well in this environment, but we’ll have to see how big it really can be.

You can check out the trailer for yourself below for Grim Fandango Remastered, which will be coming in late January for PlayStation 4, PS Vita, and PC.