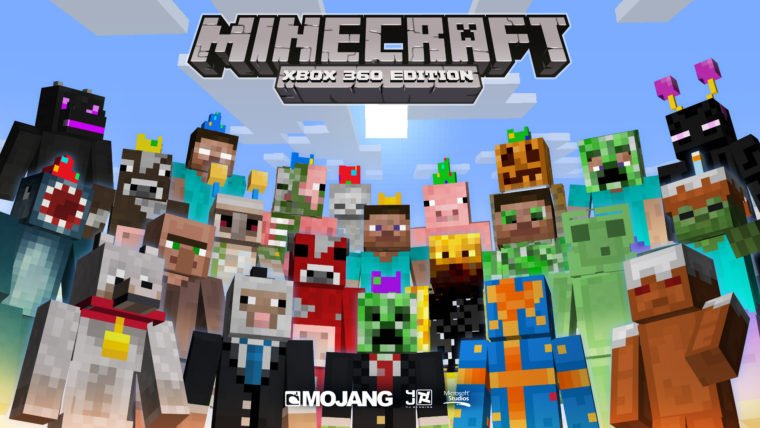 Marvel’s Guardians of the Galaxy will be hitting theaters next week, and Marvel is ramping up the promotion with their latest announcement. According to Marvel editor Ben Morse a special Guardians of the Galaxy skin set will be coming to Minecraft for Xbox 360 and Xbox One. The pack will feature player skins for the five main members of the Guardians of the Galaxy, namely Peter Quill (though you may know him by another name, Star-Lord), Gamora, Drax the Destroyer, Groot, and Rocket Raccoon.

The pack is only coming to Xbox versions of Minecraft as far as we currently know, but it is possible it could hit PS3 and PS4 at some point. No pricing information was released along with the announcement. Past Marvel Minecraft Skin Packs, such as the Spider-Man Skin Pack, have cost $2.99. The Guardians of the Galaxy set will probably stay in line with this pricing, although with the new film hitting next week they might take this as a marketing opportunity. 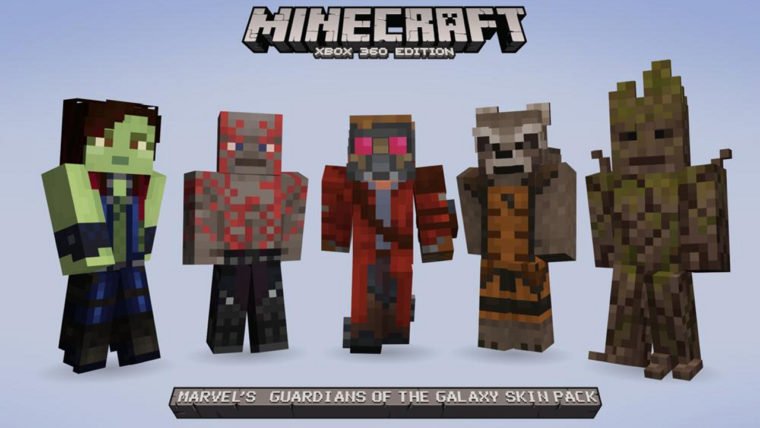 Release date info was also not shared. It is highly likely the pack will hit Minecraft for Xbox 360 at the same time the movie releases in theaters. Of course, Minecraft has not yet been released for Xbox One, so that version will probably have the pack available at or near launch.

Minecraft for Xbox 360 continues to be a top seller for Mojang and Microsoft. Total sales of the Xbox 360 version recently hit 12 million units, with little sign of slowing down. Despite releasing in May of 2012 the game still hits the top ten best sellers nearly every month. The PS3 version is doing well too, though no official figures have been released lately. Minecraft’s lifetime sales including PC and all console versions are over 54 million, making it one of the best selling games of all time. With the Xbox One and PS4 releases of the game coming soon, Minecraft is set to have another huge sales leap.