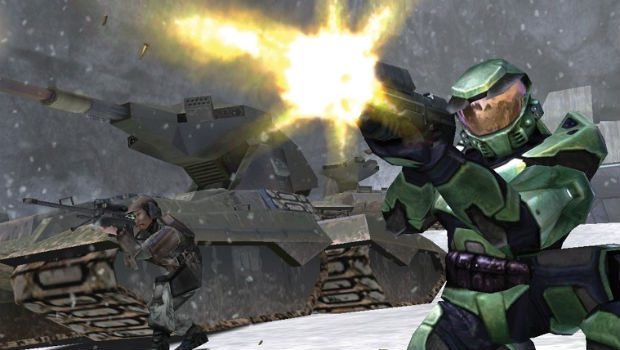 Frank O’ Connor, one of the game’s directors over at 343 Studios, recently revealed some more details regarding the 10th anniversary game due in stores this November. Firstly, he has assured fans of the original that the engine that was used 10 years ago will be identical to the one used in the update, with the only difference being that a new graphics layer has been placed over it to make it feel like more of a “modern shooter.” One interesting addition will be a “flashback” button (the back button on the controller) which when pressed will show you what the graphics of the game would have looked like 10 years ago on the original Xbox.

“Multiplayer was the hardest part,” said O’ Connor. “I think a huge amount of people wanted the original multiplayer, but there are a number of reasons why we couldn’t make it exactly the same.” O’ Connor is speaking of the controversial decision to re-create the game’s multiplayer in Reach‘s image, assassinations and all. The Firefight mode as well will be added on, including an online co-op for players to re-visit one of the most celebrated FPS campaigns in history. Briefly commenting on Halo 4, O’ Connor stated that the game will not pick up where the Legendary ending of Halo 3 left off, adding that “some time has passed” since then.

There will reportedly be an entire floor dedicated to the Halo series at PAX in August. Being referred to as “Halo Fest”, fans will be able to check out some special memorabilia to be on display as well as get some details regarding Halo 4 that will first be revealed at the convention. Halo: CE Anniversary will sell for $39.99 (seems kind of pricey for a 10 year re-make by a different developer) and will launch on the game’s 10 year birthday this November 15th.