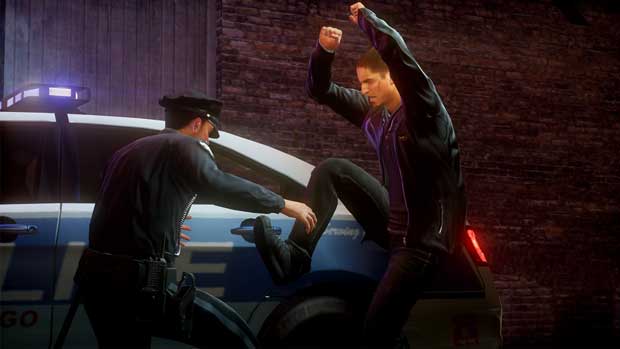 EA’s Need For Speed franchise has taken many forms over the years.  From police chases to near simulation racers, the franchise has always had something to offer the racing game fan.  With Need for Speed: The Run, EA will yet again be offering something new in the genre.

The short portion of the game which was shown at the E3 booth, in a playable demo, doesn’t do much by the way of explaining the what’s and why’s of the matter.  But one thing’s for sure, you’re on the run.  The demo has you starting out stealing a police car then barrelling through the streets of Chicago.

The racing is pretty straight forward, and similar to other Need For Speed offerings, but the major differences you’ll find in the game, is the cinematics that breas up the driving action.   Interactive cinematic moments, timed QTE’s, and a loose narrative look like they’ll tie together a deeper story behind the racer.

EA didn’t delve too far into the narrative behind the game, but one thing that’s to be expected is a ton of action in Need For Speed: The Run.  Veering away from the style of previous racers, Need For Speed: The Run might have NFS in the title, but from what we played, it’s making a name for itself by offering a completely different style of play than racing gamers are accustomed to.

E3 Need For Speed: The Run
We're Looking For Contributors