Hatoful Boyfriend – PlayStation’s Latest Exclusive is all About Dating Birds

The latest news in the world of video games at Attack of the Fanboy
July 10th, 2015 by Kyle Hanson 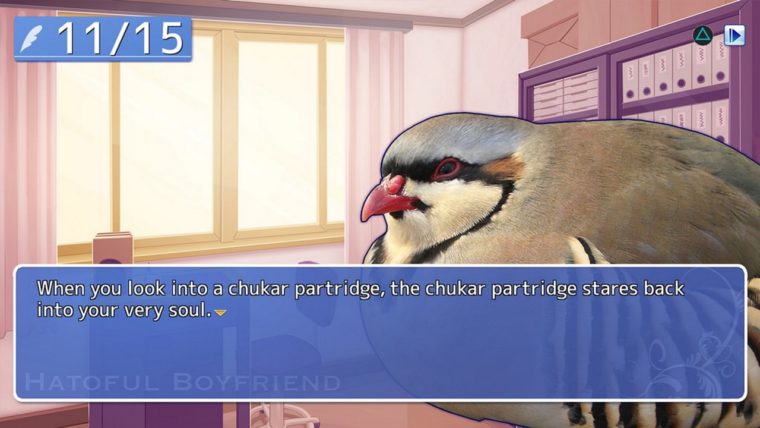 Hatoful Boyfriend, the indie darling that garnered a rabid following on PC, is finally heading to consoles on the PS4 and PS Vita on July 21st. The game is certainly unique, taking place in an alternate reality Earth where birds have taken the place of humans as the dominant species.

You play as Hiyoko Tosaka, a girl who grew up as a hunter-gatherer, living out of a cave in the wilderness. She started attending St. PigeoNation’s Institute a year ago, entering her second at the start of the game. Players will follow a branching plotline that involves quite a bit of bird romance, as Hiyoko makes choices about which of her suitors she should pursue.

The game has been available on PC for a while, but will be a console exclusive on PS4 and PS Vita for the time being. Hatoful Boyfriend will be at cross-buy title, so buying it once will get you the game on both systems.

“This new content means there is a whole new story path for longtime fans and new players to the series as well as a brand new ending. Explore questionable stalkers, bitter rivalries, and even doomsday devices in this exclusive new Hatoful Boyfriend content.”