Hellboy Is the Latest Comic Book Hero to Join Injustice 2

The latest news in the world of video games at Attack of the Fanboy
October 27th, 2017 by Jose Belmonte 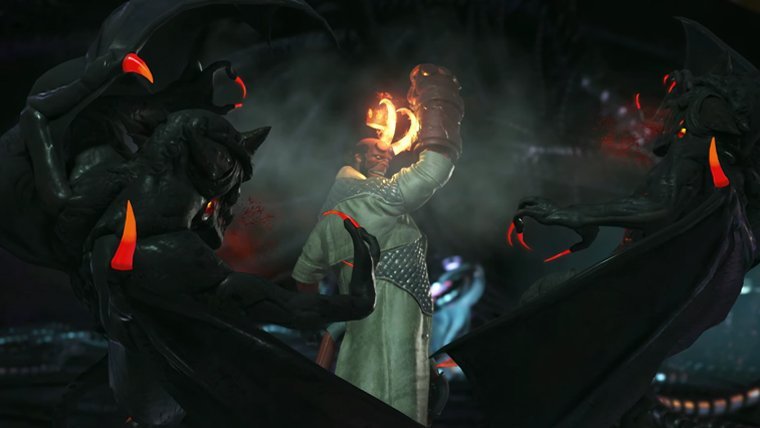 Warner Bros. has presented Hellboy as a new controllable character in Injustice 2, releasing a new trailer showcasing his fighting skills. He is one of the DLC characters that will be released on November 14 for those users with Early Access, along with Black Manta and Raiden. The three of them will be available as part of the Fighter Pack 2.

In combat, Hellboy makes use of direct physical techniques and long-range attacks with his revolver. While his moves are not too smooth, he makes up for it with the damage caused. This is the official description of the character: “As a member of the Bureau for Paranormal Research and Defense, Hellboy has defended the world from fiends, witches, demons, and more than a few Lovecraftian Gods. With his trusty revolver and his Right Hand of Doom, Hellboy has made monster disposal his specialty.”

The inclusion of the paranormal detective is specially good timing considering that the character has a new film adaptation lined up, currently in production. The character was created in 1993 by Mike Mignola for Dark Horse Comics, and since then it has attracted a loyal following. His appearance on Injustice 2 represents a rare occasion to see him fighting alongside other DC Comics heroes and villains.

The Fighter Pack 2 launches on November 14. Injustice 2 is available for PS4 and Xbox One. A PC version is also set to be released this fall developed by QLOC. Watch the new trailer below.