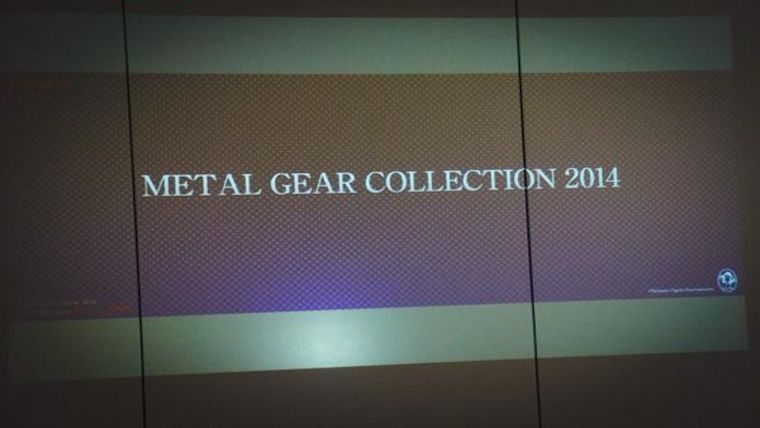 Everybody is still waiting for news of a release date for Metal Gear Solid V: The Phantom Pain, though many expect it sometime in the spring. However, Hideo Kojima is now starting to tease something else Metal Gear related through his official Twitter page.

Just a couple hours ago, Kojima posted the above image to his Twitter page with only 本読み中。, which according to Google Translate means “While reading this.” This could of course be something else Metal Gear related such as figures or something else non-game related, but hopefully it is a new Metal Gear Collection for systems like PlayStation 4 and Xbox One.

I know I would buy a new Metal Gear Collection for either system in a heartbeat, especially if we get graphical upgrades on each of the games in the series. While very unlikely, an HD remake of the first Metal Gear Solid would be incredible to see.

After posting the image, Kojima sent out a few other tweets with images showing off Metal Gear themed chocolate and teasing it was for TGS. The image could just be referring to these, but it seems strange to show that image as a tease and quickly end the suspense. Kojima likes mystery more than that and it seems doubtful he’d be announcing this line of chocolate on a screen as shown in the above image.

If this is in fact a new games collection for the now current generation consoles, could we by chance see a release for The Phantom Pain later in 2015 than we thought and this is meant to hold us up later this year? Either way, we’ll have to wait and see for sure during TGS next week.