The latest news in the world of video games at Attack of the Fanboy
December 30th, 2016 by Raymond Garcia 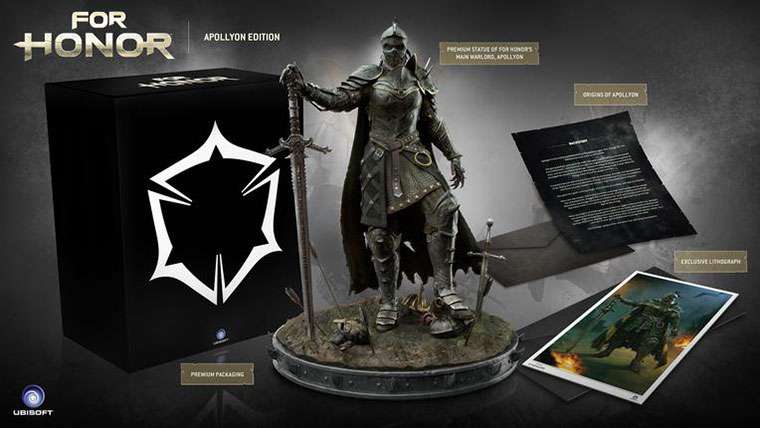 The For Honor Collector’s Edition bundle will retail for $219.99 and is a GameStop exclusive bundle.

For Honor is a new IP being developed by Ubisoft Montreal, it contains a cutting edge battle system dubbed “The Art of Battle” that focuses on hand-to-hand combat. You can take the role of multiple types of combatants with three different factions available to you which are knights, samurai, and vikings. All takes place in a medieval fantasy world. A large amount of emphasis has been set on the character classes with each faction mentioned earlier having access to four classes these are:

In addition to different character classes and factions every hero is unique with it’s own set of weapons, skills, and fighting techniques. Utilizing different class specific melee weapons such as axes, katanas, and swords allows you to earn kill streak like rewards that in turn allow you to unleash devastating attacks on your enemies.  It is set to be released on February 14th, 2017 for Windows, Xbox One, and PS4