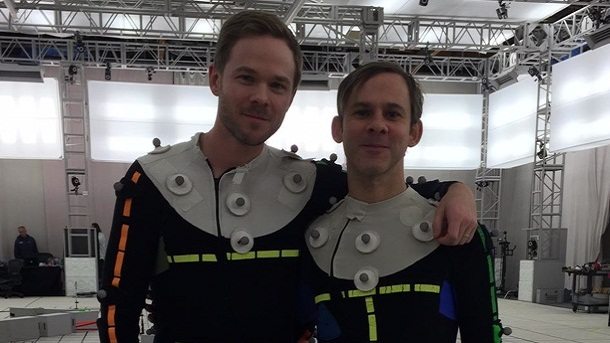 Stars from X-Men and Lord of the Rings appear to be the main cast members for the upcoming Xbox One exclusive, Quantum Break.

Remedy Entertainment tweeted a picture of actors Shawn Ashmore and Dominic Monaghan doing mo-cap work for Quantum Break in LA. Some people will know Ashmore for playing Iceman in the X-Men Movies. Monaghan found fame by playing Merry in the Lord of the Rings trilogy. Other may know him better from the TV series Lost.

A random fun fact is that this is not the first time that Ashmore and Monaghan have worked on a project together. They worked on a direct-to-DVD movie called “The Day” a few years ago. This movie was made by WWE Studios…

It’s unknown at this point in time which characters they will be playing in Quantum Break. Not a lot of information about the game has been shared so far.

It’s great to see a lot of developers are getting Hollywood actors to star in video games. We’ve seen this with Advanced Warfare getting Kevin Spacey while Beyond: Two Souls got the talents of Ellen Page and Willem DaFoe.

Quantum Break is a third person action game out sometime in 2015 exclusively for the Xbox One.