The latest news in the world of video games at Attack of the Fanboy
January 7th, 2017 by William Schwartz 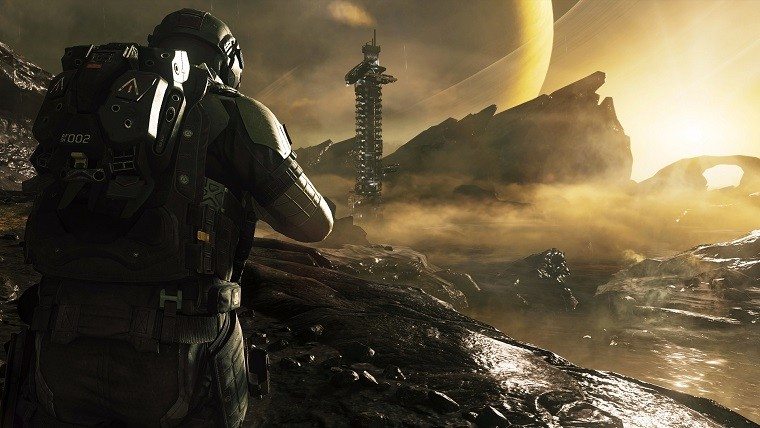 Infinity Ward is introducing a new game mode into their featured playlist for Call of Duty: Infinite Warfare.  Live now through Monday January 9th at 10am PST, Infinite Warfare Reinforce Mode is a four versus four elimination style game where your objective is to capture map points (kind of like Domination).  The catch, however, is that when you take a point you can revive your teammates.

Matches in Reinforce Mode are both fast and team-oriented, with a intermission in between rounds where teams switch sides.  You can win each round by either taking all the control points or killing the entire enemy team.  The first team to win four rounds is the winner of the match.  The mode plays by Core Playlist rules.

Radically different from your standard deathmatch modes, Reinforce requires that you move tactically around the map with your team.  This might be something that proves hard for Call of Duty players who just run into the fray.  Once you die, you have to wait for someone on your team to capture a point to respawn or you won’t be able to get back into the action until the next round.

Reinforce Mode is available through its own playlist in the “Featured Section” of the Playlist Selection interface.  Infinity Ward offers a tip for new players:  “You may want to wait to capture your first point until you need to revive your teammates that fell while taking another point.”

Reinforce Mode isn’t entirely new though.  This game mode was introduced in Call of Duty: Ghosts, and now we’re seeing a revival in Infinite Warfare.  Most describe it as a hybrid between existing game modes:  Search and Rescue, Search and Destroy, and Domination.

Since going live, fans have been asking for the mode to return for good.  Though Infinity Ward has made no mention of whether or not this will be the case or not.  Right now, it’s only available until Monday.