The latest news in the world of video games at Attack of the Fanboy
February 24th, 2017 by Jose Belmonte 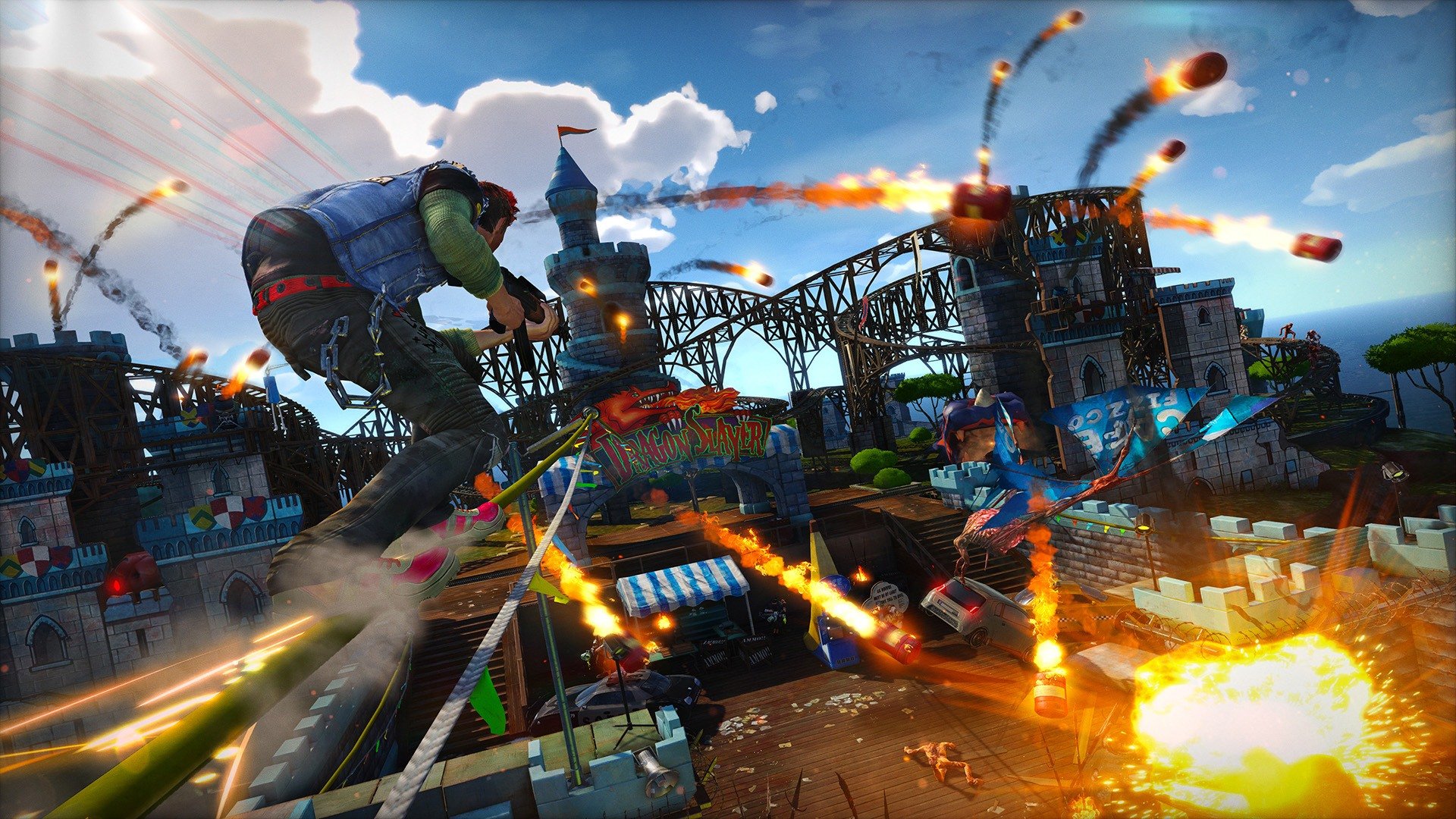 Insomniac has reinstated their support for their 2014 creation Sunset Overdrive. While the Xbox One exclusive title hasn’t spawned a sequel yet, the studio still hopes to make a continuation in the future, even if it’s produced separately from Microsoft.

In recent declarations to Gameinformer, the president of Insomniac, Ted Price, has said they want to see another title in the future: “We are passionate about that franchise, and we own it, so you may see more Sunset in the future from us.” However, the studio doesn’t have any details to announce and won’t even commit to a promise, but it’s definitely a testimony of their willingness to expand the brand.

Why haven’t we seen a Sunset Overdrive 2 on Xbox One, then? Price only had this to say: “You’d have to ask Microsoft.” Which certainly implies that we shouldn’t hold our breath about a direct sequel in the short term.

Revealed at E3 2013, Sunset Overdrive was one of the brand new IPs that were intended to build the identity of Xbox One at the beginning of the generation. It was the first time that Insomniac had worked in partnerhipwith Microsoft, after releasing PlayStation exclusives during the last 20 years. Unfortunately the game was not a commercial success despite its strong reviews, and three years after its release Microsoft has not greenlighted a continuation.

The game was an open world shooter with third-person perspective, and its highlights were its irreverent sense of humor, a strong visual identity, and the vast gameplay possibilities, which took inspiration in titles like Prince of Persia or Tony Hawk’s Pro Skater.

After Sunset Overdrive, Insomniac went back to work with Sony on the successful reboot of Ratchet & Clank, and other titles like Song of the Deep or Edge of Nowhere. Now it’s currently working on a Spider-Man title exclusive to PlayStation 4 and the VR title The Unspoken.