Item Upgrades Will be Featured in Legend of Zelda: Skyward Sword 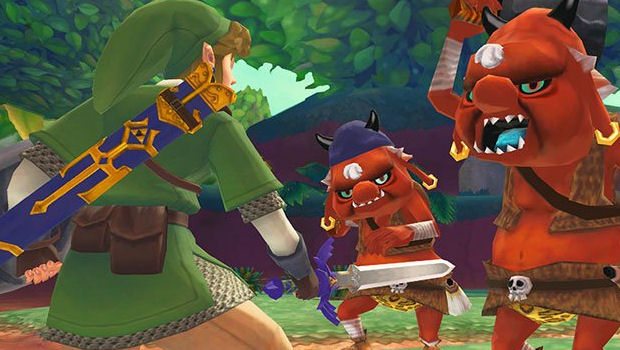 Shigeru Miyamoto wasn’t lying when he said that Nintendo would be attempting to make Legend of Zelda: Skyward Sword the best game in the franchise’s history. Wii Motion Plus support won’t be the game’s only addition either. Speaking to Gamespot during a recent interview, Nintendo’s Bill Trinen who often acts as Miyamoto’s personal translator, stated during a demo of the game that Skyward Sword will allow players to collect rupees and artifacts to upgrade Link’s items such as his shield.

“What I can say is what we’ve done with the game this time that I think is a little different is we’ve built an entire upgrade system into the game. You can see right now that Link has his traditional shield, but you actually get a lot of different shields in the game. You start off with a very basic one, and as you fight enemies you’re recover these treasure or artifacts that you then use as resources to upgrade your items. You can do that with the shield, you can do that with the beetle, and some of the other items that you have. You’ll be combining your collection of rupees and your collection of these resources and improve the items you have.”

It’s understood that Skyward Sword is set to be the Wii’s last major release, and Nintendo clearly aims to go above and beyond to ensure that this is the best Zelda game to date. Upgrading Link’s sword, shield, bow, slingshot, and even his flying beetle thing? It may not traditionally be Link’s style, but this concept is sure to make for some interesting item modifications and will certainly give fans of the series an original experience when Skyward Sword releases this holiday season.

Check out the entire interview below: