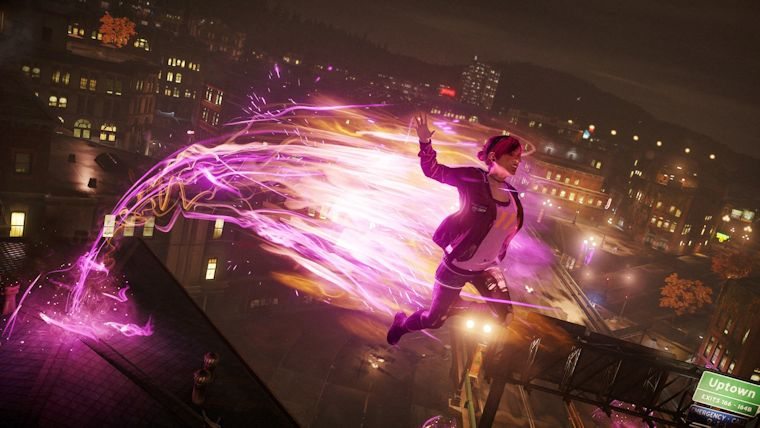 We are currently in the middle of one of the best months combined between both PS Plus and Games With Gold, with PS Plus getting yet another AAA game, albeit a downloadable game, while Xbox One gets one of the underrated exclusives to the console.

PS Plus as per usual gets its two free games per PlayStation platform, but the good news is that there are a few cross-buy games in there as well. inFAMOUS: First Light is the standalone DLC game for last year’s game, but can easily be played without the original. In fact, many preferred it to the base inFAMOUS: Second Son anyways. The Swapper is also available on PS4, with cross-buy on PS Vita, which is a fantastic puzzle game. PS Vita even gets the brand new release of Duke Nukem 3D: Megaton Edition. The following games can be downloaded now for PS Plus subscribers:

Xbox Live’s Games With Gold program started off quite underwhelming, but has been increasingly growing in stature. In fact, this month features one of the best lineups thus far since its inception. D4: Dark Dreams Don’t Die offers a intriguing episodic style game on Xbox One, while Xbox 360 splits the month with two games as always. The best of the 360 games is definitely The Witcher 2: Assassins of Kings in the second half of the month, which can serve as excellent preparation for The Witcher 3 in a few months.

Every game except The Witcher 2: Assassins of Kings is available right now, so make sure to get each of them downloaded in the available time period and hopefully we will learn of February’s offering soon.