Jim Ross Will Not Commentate In WWE 2K15

The latest news in the world of video games at Attack of the Fanboy
June 27th, 2014 by Damian Seeto 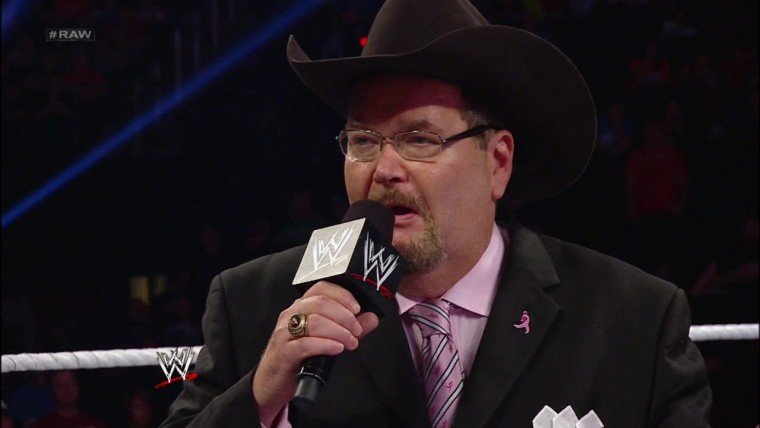 Jim Ross has confirmed he will not come back to commentate in the upcoming WWE 2K15.

Jim Ross replied via twitter with a “LOL…nope” when asked if he will be commentating in WWE 2K15. This pretty much confirms he is no longer involved with the WWE in any matter and is happy with his life right now. WWE “fired” Ross over failing to control a drunk Ric Flair last year while promoting WWE 2K14. Both WWE and 2K Sports felt embarrassed over the incident and wanted Ross to control the situation better since he was the assigned MC for the event.

2K Sports already confirmed a few weeks ago the designated commentators for WWE 2K15 are Jerry “The King” Lawler and Michael Cole. Both men actually recorded lines together for the first time instead of getting recorded individually. The pair also recorded over 30 hours of new dialogue so the game shouldn’t have the same lines we’ve been in so many of the past games.

It’s pretty sad as wrestling fans that Jim Ross is gone, but hopefully the commentating in general has been improved in WWE 2K15. The commentating has historically been pretty bad when it comes to WWE video games.