Kartos Is The Latest Character Joining The World Of Yooka-Laylee 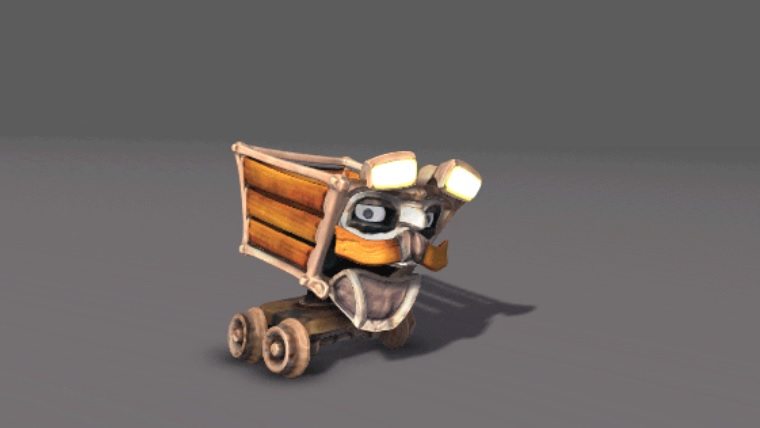 Developer Playtonic Games is still hard at work on the Banjo-Kazooie spiritual successor called Yooka-Laylee, though now they have revealed a new character that will help out the new duo in their journey happening later this year.

The new character’s name is Kartos, and Playtonic provides the following information regarding him: “In true Playtonic fashion, we wanted to make this character as fun as possible. He’s old school, so we wanted him to look old fashioned, rather than modern. He actually looks like a bad DIY project by myself, and I’m sure I’ve seen some of his body parts lying around in my shed at home!”

“Yooka will be taking advantage of Kartos and his services, as he is for ‘hire’ at various stages in the game. And why not? After all, his slogan is ‘Mein Kart ist Ihre Kart’ after all!”

Kartos will also have his own song within the game called Kartos Challenge, which the developers shared recently. You can listen to it for yourself on Soundcloud by clicking right here.

This new information was shared to celebrate Playtonic Games’ one-year anniversary as being a publicly-known developer. It was February of last year when they made their debut in issue 277 of Edge magazine, which was accompanied by a Kickstarter campaign that went on to receive a record-breaking amount of backers.

Yooka-Laylee is currently targeting an October 2016 release for PlayStation 4, Xbox One, Wii U and PC.