The King Of Fighters 14 Getting Free Graphical Upgrade With Patch 1.10 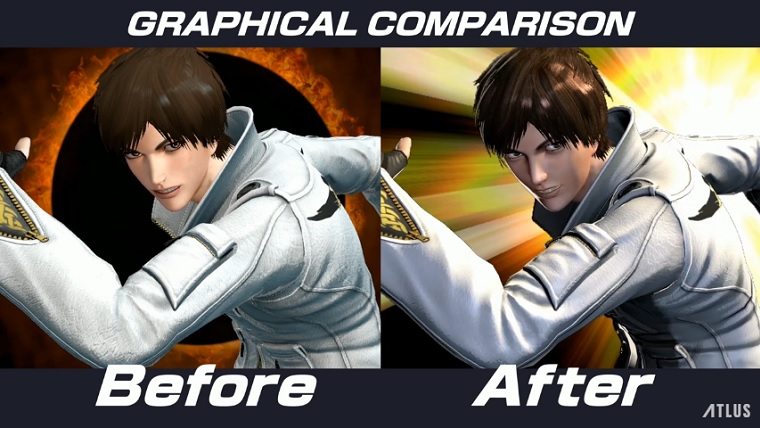 The King of Fighters 14 has been available on the PlayStation 4 for a few months now, but it looks like the game is going to be getting a big upgrade in the form of a patch in the near future. The upgrade is coming by way of an improved graphics style, which appears more vibrant and detailed than the previous one. This is shown off in a new comparison video that you can check out for yourself at the bottom of this post.

Since the game’s initial release there have been complaints regarding the game’s graphics, which is largely due to the fact that it is the first game in the series to attempt to deliver full 3D character renders. While SNK delivered well enough with the base game, they have been taking the criticism to heart and announced during PSX that the game will be getting a graphics upgrade next month. To make matters even better, this will be a part of the 1.10 patch that it is absolutely free.

The game certainly packs a lot of fighters that will be getting a graphical overhaul, as the game has a massive 50 fighters in total. 31 of the game’s characters return from previous games in the series, though the remaining 19 are completely new creations for the latest game. Unfortunately, SNK was not able to provide a specific release date for this new patch, though it is expected to launch at some point in January 2017.

The King of Fighters 14 was nominated for best fighting game at this year’s Game Awards, but ultimately lost out to Street Fighter 5. The game of the year award went to Overwatch, which beat out the likes of Uncharted 4: A Thief’s End and Titanfall 2. You can check out to see which games won the other categories at the event by clicking right here.

Home / Game News / The King Of Fighters 14 Getting Free Graphical Upgrade With Patch 1.10