The latest news in the world of video games at Attack of the Fanboy
May 21st, 2017 by Jose Belmonte 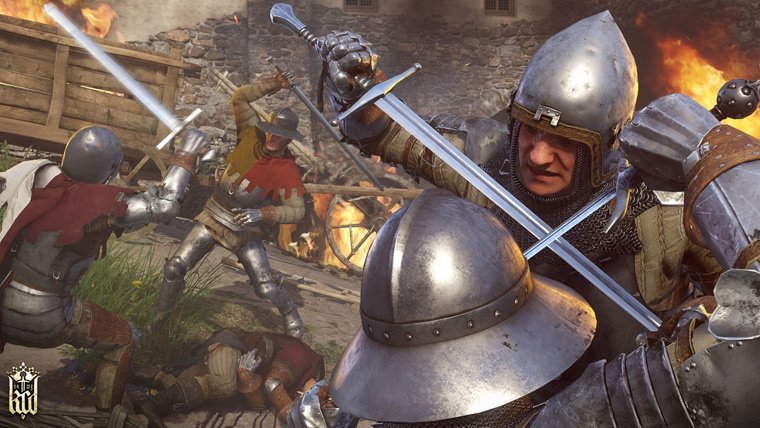 Warhorse Studios has shared more details about the console release of Kingdom Come: Deliverance later this year. Specifically, the studio has confirmed that they are working on new graphic modes that will take advantage of PS4 Pro’s extra power, and that currently they don’t plan to adapt part of the game to play on PSVR or other devices.

The news came through the studio’s Weekly Torch section on the official website of the game, in which they answer questions from the community about the production. Asked about the enhancements on PS4 Pro, they replied that although they still don’t have all the details, “there definitely will be higher resolution or better graphics quality settings.” They also note that the base of the game itself will be logically the same in both versions.

As for any upcoming PSVR support, Warhorse says that they are not in the VR genre and even that they do “not recommend using this type of game in VR if you have any weakness for simulation sickness,” which definitely sounds like they are ruling out any future content planned for any VR platforms.

Kingdom Come: Deliverance is a first-person RPG set in the Middle Ages which highlights the freedom of the player to develop their own adventure through an extensive open world system and a non-linear story written by the award-winning designer from the Mafia series Daniel Vávra, which allows them to play villain or saviors. The “revolutionary” combat system is based on actual 15th century fighting techniques and designed in cooperation with medieval martial arts experts.

The game founded financial support through a successful Kickstarter campaign, and after a series of delays, it is planned to launch on PC, Xbox One, and PS4 during this year. Check out more information about the game on the official website.