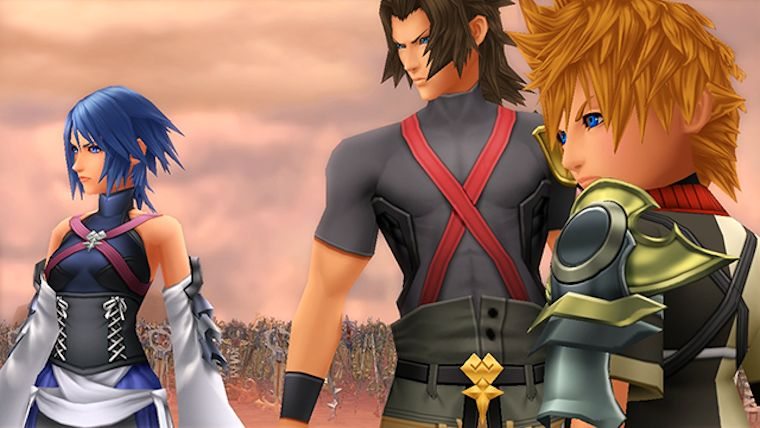 While we in the US won’t be getting out hands on it until the end of the year, Kingdom Hearts HD 2.5 Remix is set to release in less than a month in Japan on October 2. While still a few weeks away, the first review of the game has been released by someone other than Famitsu surprisingly, this time by Dengeki Online. Within this review, some very intriguing news was revealed.

Kingdom Hearts HD 2.5 Remix happens to feature a brand new “secret movie” following the HD cutscenes from Kingdom Hearts Re:coded. The original Re:coded featured a small cutscene that teased Kingdom Hearts 3D: Dream Drop Distance, but this time there is even more. According to translations by translator goldpanner and provided by KH13, the review says the following:

Sadly for us in the US, the details of this secret scene with undoubtedly leak prior to the release in December, but hopefully we will be able to get video of it prior to those spoilers begin to run rampant online.

Kingdom Hearts HD 2.5 Remix is set to release in the US on December 2 exclusively for the PlayStation 3.