A King’s Tale: Final Fantasy XV Will Be Available for Free on March 1st

The latest news in the world of video games at Attack of the Fanboy
February 20th, 2017 by Jose Belmonte 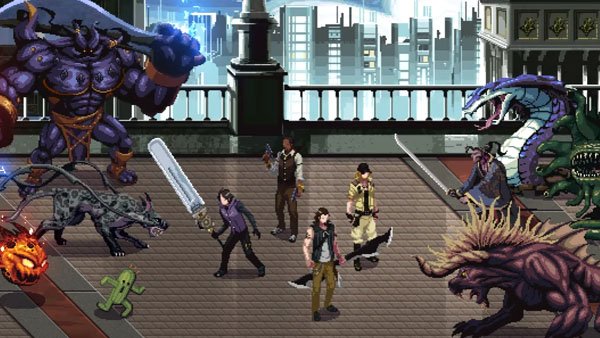 Square Enix has announced today that the action game A King’s Tale, companion to Final Fantasy XV, will be available for free as a standalone game on the PlayStation Store and the Xbox Games Store from March 1st. Originally set as a pre-order exclusive for GameStop certain retailers around the world, this will be the first time that the game will be available to all users.

A King’s Tale is a 2D side-scrolling brawler inspired by classic arcade games, and its story is set 30 years before the events of the main game, with King Regis and his companions Weskham, Cid and Clarus, fighting a raid of monsters that have invaded the city of Insomnia.

The game actually begins with King Regis reading a story to his son Noctis in bed when he was still a child. Tired of all the books that his father has read to him, the young Prince asks for a new story that he hasn’t heard before, and so the King commences the tale of his adventures.

The gameplay offers a surprising amount of depth, with the possibility to perform combos and different magic spells, that affect each enemy differently depending on their elemental weaknesses. We can also summon the classic Astral entities like Ramuh in order to destroy any monsters with their signature attacks.

This is not the first spin off born from the main game, since iOS and Android users also got to play the title Justice Monsters Five on their phones from months before Final Fantasy XV was released. This game is a mobile version of the pinball machine that we can play inside the main adventure, and it mixes RPG touches like elemental attacks or boss battles with the classic pinball gameplay. In this case, the smartphone version will end its service on March 27th, although we will still be able to play it in the main game.