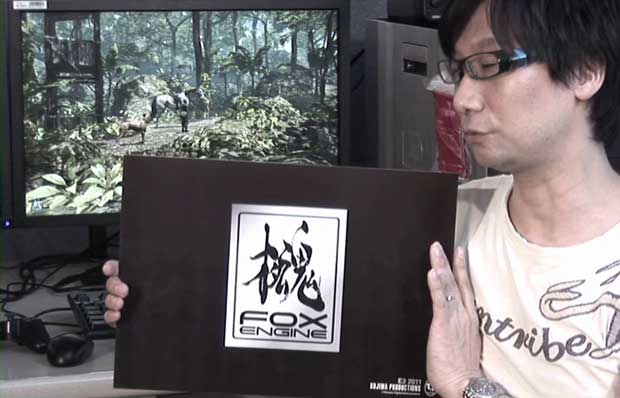 Hideo Kojima didn’t drop any major bombs at Konami’s E3 Press Event.  However, he did show off the new Fox Engine.  The Fox Engine will play host to a next-generation multiplatfrom game which wasn’t revealed by name today.  The Fox Engine is said to be the future tech behind Kojima Production’s games in the future.  The new engine is said to be the first step for the production house to start developing more multiplatform titles.

During a brief demonstration video, the engine showed off some very well rendered atmospheres and character models.  What this next game will be is anyone’s guess.  Could it possibly be a Metal Gear Solid game going multiplatform?  Probably not, but dare to dream, I always say.