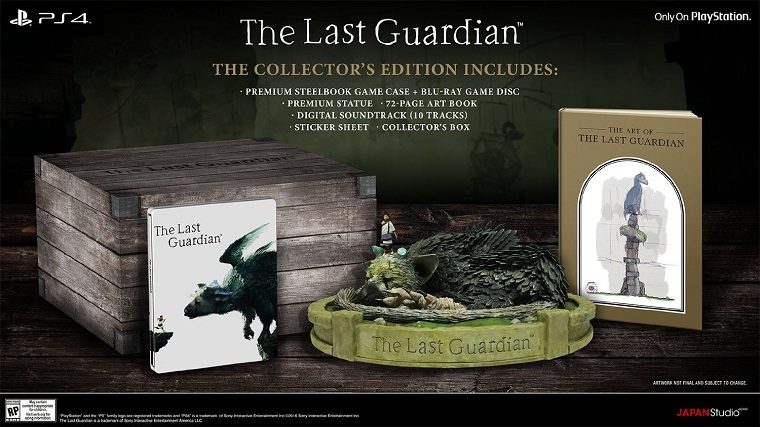 After The Last Guardian’s big announcement at E3 2016 today, Amazon has listed that a Collector’s Edition is available for you to pre-order right now.

The Last Guardian Collector’s Edition is double the price of a normal game selling at $119.99. You are able to get free shipping though so that’s a good thing.

As announced at E3 2016, the game will be released on October 25th, 2016 exclusively for the PS4 console. The game was in limbo for several years until getting resurrected last year. It was going to be a PS3 exclusive until development shifted to the more modern PS4 console.

The Last Guardian is one of the many PS4 exclusives that will be out in Fall 2016. In November, there will be the release of Gran Turismo Sport.

However, Sony’s biggest release this year will be the PlayStation VR headset. The headset will launch with tons of new and compatible games. It might kick-start a new way that people will play video games.