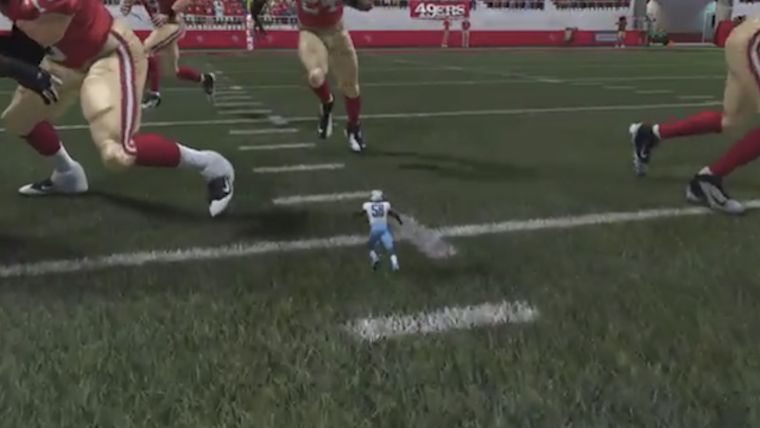 Madden NFL 15 released just last week and I’ve gotten a lot of play time out of the game so far. I’ve personally yet to come across any major glitches, but that doesn’t mean I don’t enjoy watching some of the hilarious ones online. Since launch, a few of them have popped up, including the one seen in the above image. Luckily, videos have been posted of two of the most hilarious ones I’ve seen so far, and you can find links to them below courtesy of CBS Sports. 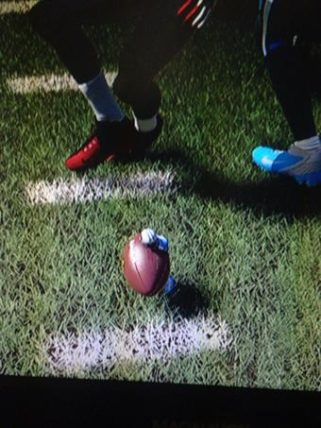 The first is one we’ve seen in some EA Sports games in the past with a tiny player. Rookie linebacker Christian Kirksey in real life plays for the Cleveland Browns and is 6’2″. However, this glitch has him on the Tennessee Titans as a 1’2″ linebacker, which can be watched right here. Funnily enough, he can manage to recover a fumble, as seen in the image on the right.

Another funny glitch that actually popped up first had me rolling on the floor the first time I saw it. Unlike the other that involves size, this one involves a gravity defying defensive player, which can be seen in the video here.

If you have any funny glitches in Madden NFL 15 or have seen any others, make sure to share them in the comments below as well.