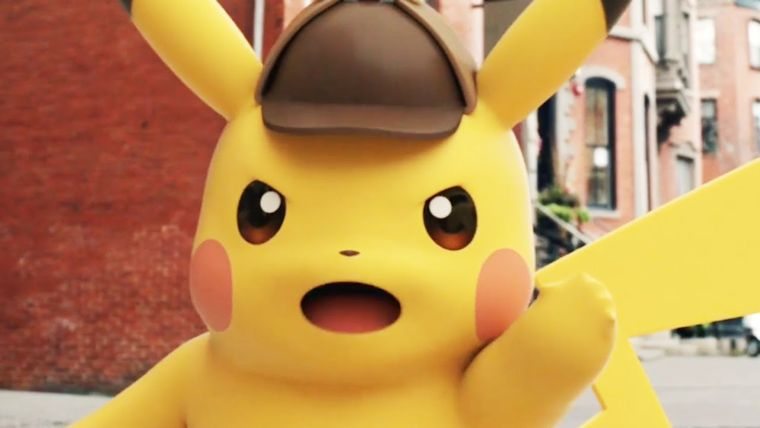 Talks of a live-action Pokemon movie have always been brought up over the years, but that topic recently heated up once again following the release of the smash hit Pokemon Go two weeks ago. Different companies have been vying for the rights and now one has come out on top, but their idea for their first movie is quite a strange one.

As reported by Variety, Legendary Entertainment won the bidding war for the rights to the live-action Pokemon license and are pushing forward a live-action Pokemon movie franchise. You might think it would be based on the anime or even the original games, but they are definitely trying something different.

Instead, Legendary is looking to get their live-action Pokemon movie franchise off the ground by having it based on a game that came out in Japan last year, Great Detective Pikachu.

This is definitely an odd choice as it was very different from anything else Pokemon related we’ve seen over the years, with the talking Pikachu being a detective of course. This spawned some hilarious videos with Danny Devito clips from It’s Always Sunny In Philadelphia in place of Pikachu, though the US has never gotten a release of the game to this point.

This Detective Pikachu film will start production in 2017 and will be distributed by Universal Pictures throughout most of the world, with Toho handling it in Japan as they have with other Pokemon movies in the past.

What do you think of this announcement as the first Pokemon live-action movie? Make sure to let us know in the comments below.