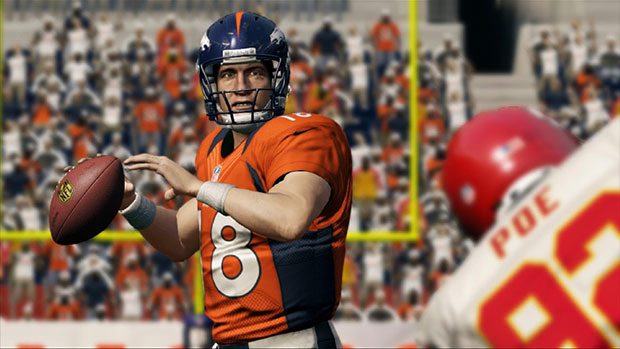 EA is somewhat concerned about how the millions of loyal Madden fans react to their games each year.  There are many who believe that EA doesn’t do enough to bring more innovation to the franchise.  Comparing it to annual Game of the Year finalists like the EA Sports’ Fifa and NHL franchises, the enhancements to Madden’s gameplay have been subtle.

In a recent interview with Games Industry, EA’s Andrew Wilson believes that this is the year that people see the amount of work put into the Madden franchise.  “I do believe that Madden did not have the level of innovation that some of our other franchises have had.  I look at the budget, time and hours going into making those games.  I look at the team this year and they made a concerted effort to put Madden right up there with FIFA, NHL and Fight Night Champion,” Wilson explained.

This year’s football title sees a number of improvements to the game, but most notable is the Infinity Engine.   The new engine that is powering Madden NFL 13 was designed to incorporate more dynamic animations and collision detection.  EA has claimed that this new engine “changes the outcome of every single play.”