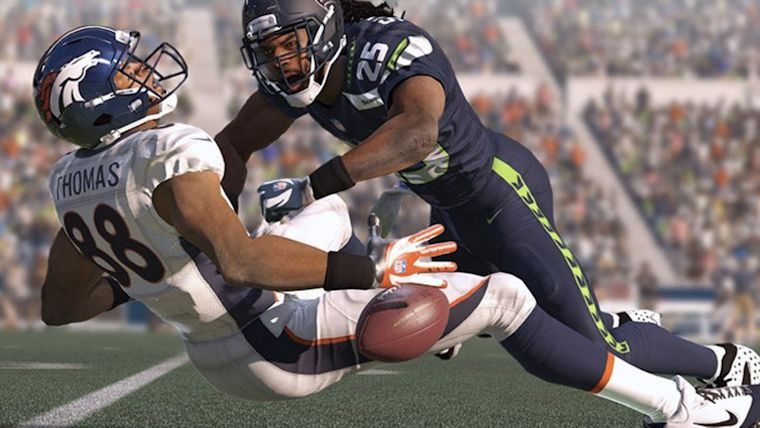 We are fast approaching the release of Madden NFL 15 in only a few weeks, so many fans are trying to figure out just what team they will want to use in the game. Many will stick to their favorite team, but that isn’t always the option for everyone if their team is not that good in the game, or if they just don’t have a favorite NFL team. Luckily, the full list of team ratings have been released to help you make that decision a little easier.

There is absolutely no surprise that the best team in the game will be the defending champ Seattle Seahawks, who took down the #3 rated Denver Broncos in the Super Bowl. The San Francisco 49ers fill in the #2 spot with New England, Green Bay, New Orelans, Cincinnati, Philadelphia, Carolina, and Baltimore rounding out the top 10. If you happen to be a Oakland or Jacksonville fan, you likely will have a lot of trouble competing early in the season, as they are the two lowest rated teams in the game.

The full list of 32 teams ranked in order by team rating can be found below and look for Madden NFL 15 on August 26 for PlayStation 4, Xbox One, PlayStation 3, and Xbox 360.