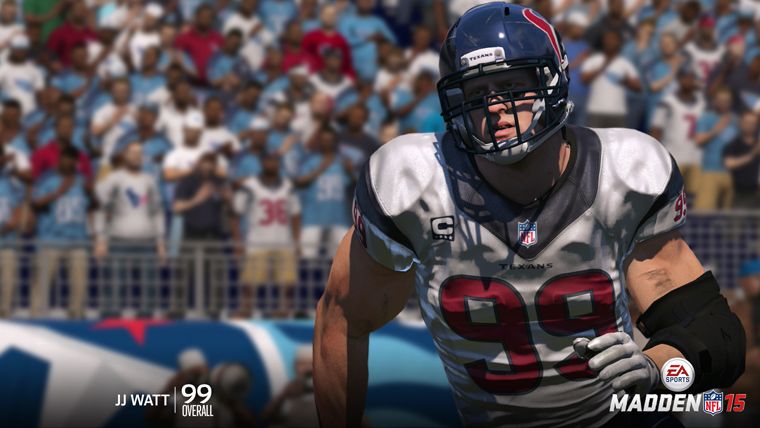 We may have released our Madden NFL 15 review last night, but that doesn’t meant that we are stopping the coverage of EA Sport’s latest entry in the annual series. After bringing you the top ranked players in each of the offensive positions, it’s time to move to the defensive side of the ball, one in fact that was greatly focused on in this year’s game. To start off, we take a look at the position that is typically the first to disrupt the offense, the defensive end.

The number one defensive end in the game is no surprise whatsoever as JJ Watt has absolutely dominated the defensive side of the ball for the Houston Texans in recent years. While the Texans struggled mightily last year, Watt still put on a show most every week. It also seems fitting that he wears #99 since he is the only defensive end in the game to be rated 99 OVR. The Texans will be a force to be reckoned with on defense in the game this year with Watt and also the topped ranked rookie Jadeveon Clowney in the mix at OLB.

You can find out the rest of the top 6 ranked defensive ends in Madden NFL 15 in the above gallery, with analysis from the Madden ratings master Donny Moore, as always courtesy of EA Sports.