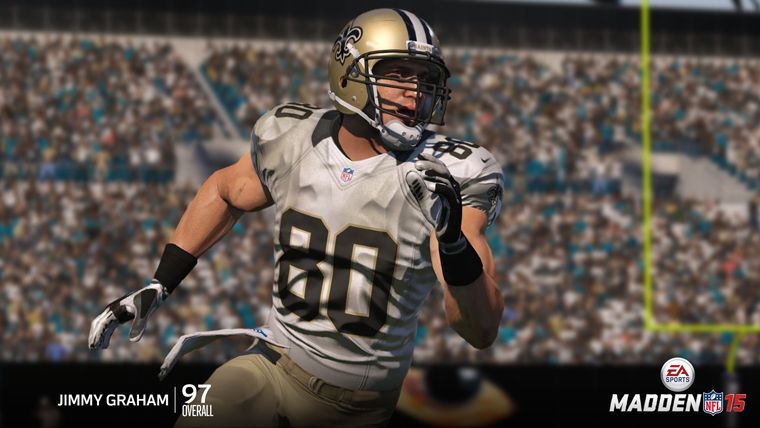 Earlier today, we told you about the top rated wide receivers in the soon to be released Madden NFL 15, so of course it seems fitting to follow that up with a position that is very similar in many ways, tight ends. While the top wide receivers in the league are known mostly for their receiving prowess only, the tight end position is a hybrid between catching the ball and blocking for running backs, wide receivers, and even quarterbacks. This combination is vital in the game, especially when trying to utilize a ground and pound game plan.

The number one ranked tight end is who you would expect with the New Orleans Saints’ Jimmy Graham. Easily the best in the game, Graham has had his own bout of controversy this offseason by wanting to be classified as a wide receiver instead for franchise tag money purposes, but in the end he remained a tight end and is the best in the game, whether lined up as an actual tight end or in the slot as more of a wide receiver.

All five of the top rated tight ends can be seen easily in the gallery above, with analysis given on each by Madden’s ratings wizard Donny Moore, courtesy of EA Sports.