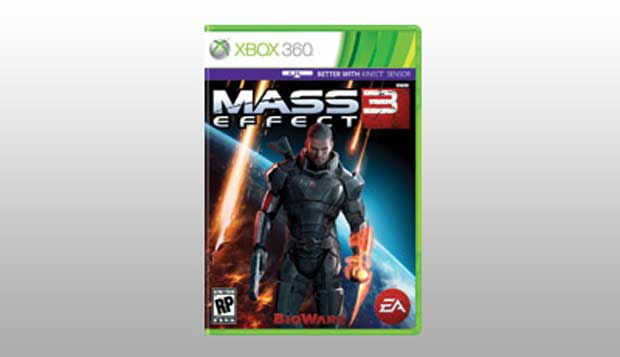 The Mass Effect series is probably one of, if not the best, action RPG series in gaming today.  A mature storyline filled with dire consequences for the path you choose to take with your character, just adds to the innovative TPS gameplay that series is known for.  Today, a user on NeoGaf found box art for Mass Effect 3 at the EA Store that may indicate  the highly anticipated sequel is “Better with Kinect”.

Could this be true?  Could Mass Effect 3 actually be better with Kinect?  Microsoft has neither confirmed nor denied these rumors, but something tells me their response will be something similar to the “we don’t comment on rumor and speculation” approach that is used in so many of these cases.  Something is brewing from the team at Bioware.  They are extremely excited to show of their new game, as the twitter streams from many key employees are gushing with pride of what they are about to show at E3.

But better with Kinect?  I’ll have to see it to believe it.