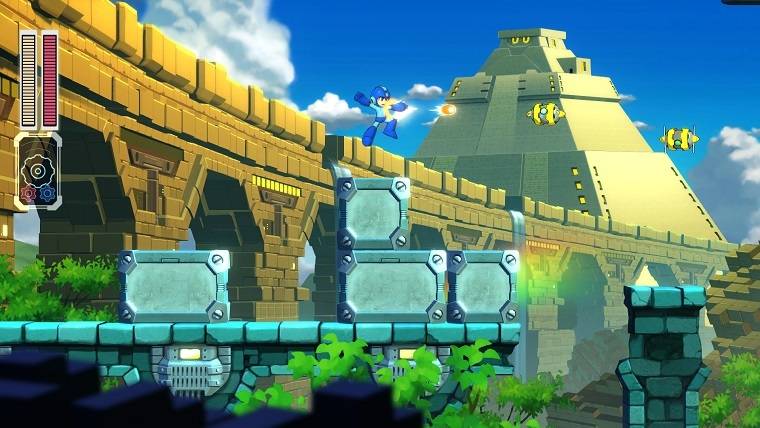 Mega Man is turning 30 next year and Capcom is celebrating the Blue Bomber’s upcoming birthday by announcing Mega Man 11 for the PlayStation 4, Xbox One, Nintendo Switch and PC — the first update to the series since 2010.

Here is an overview of the game from Capcom:

“Led by a talented, veteran development team at Capcom, the new game features tight side-scrolling action gameplay the series is known for while completely revolutionizing the experience for modern consoles. Mega Man 11 will be a great entry for both fans and newcomers to the series to dive into as it retains its signature challenge while offering a variety of difficulty options. The game is coming to Nintendo Switch, PlayStation 4 computer entertainment system, Xbox One, and Windows PC in late 2018.”

“The classic series takes a leap forward in visual presentation in Mega Man 11 with a 2.5D design direction introducing beautiful, completely hand-drawn characters and environments. A freshly redesigned Mega Man takes on Dr. Wily’s berserk machines, defeating Robot Master bosses and taking their weapons, in an ever-evolving fight for justice with new and unique enemy designs. This is just a small taste of information of what’s to come in Mega Man 11 alongside the start of the series’ 30th anniversary year, and fans can look forward to more details on the game in Summer 2018.”

For now, all we know about the game is that producer Kazuhiro Tsuchiya and director Koji Oda, both veterans of the Mega Man series, are looking at this game as something of a rebirth for the character and that the game’s art director and character designer, Yuji Ishihara, created a new look for Mega Man in order to properly convey that intention.

Fortunately, as indicated before, more details about Mega Man 11 will be shared in Summer 2018. For more information before then, be on the lookout for the Jan. 2018 issue of Game Informer which will feature Mega Man 11 as its cover story.

Watch the announcement trailer below: