Metal Gear Rising: Revengeance to be Playable at E3 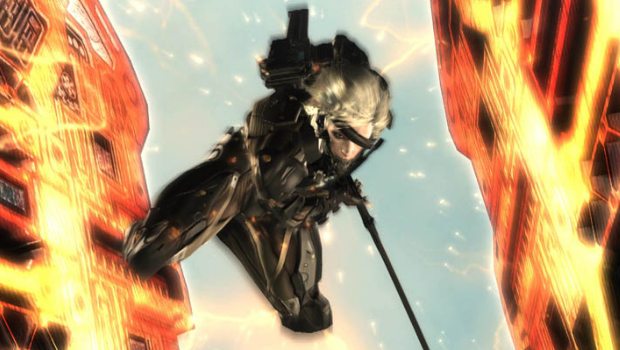 If there’s one upcoming release that has just as much skepticism built around it as it does excitement, it’s Metal Gear Rising: Revengeance. The fact that Hideo Kojima is not involved directly with the project, that the game will be shedding its traditional stealth gameplay in favor of hack-and-slash combat, and that the pretty poorly-received semi-protagonist of Metal Gear Solid 2: Sons of Liberty will be making a return is enough to garner a host of mixed responses from fans of the franchise. Thankfully, some of the early criticism may be put to rest this June at E3 2012 where Metal Gear Rising will be fully playable.

According to a feature piece in this week’s Famitsu, Rising will be available and on show for the world to finally see. The article includes a conversation between Kojima and Platinum Games’ CEO Tatsuya Minami and producer Atsushi Inaba as they discuss how Platinum came to be involved in the project.

Minami reveals that the franchise’s stealth aspect, so intertwined with the Metal Gear games in the past, was immediately thrown out the window when developing for Rising began. Kojima states how his own staff at Kojima productions felt that combining the series’ traditional stealth gameplay with the action combat Platinum wanted to include would simply not pan out. Platinum has been hard at work re-working the game using an engine of their own rather than that of Kojima Productions, who will still be handling the game’s story.

What we know of Metal Gear Rising: Revengeance is that the game’s plot will take place several years after the events of Metal Gear Solid 4: Guns of the Patriots, so it will evidently include a futuristic setting. Metal Gear Solid 2’s blonde fair-haired and co-protagonist, Raiden, will be the game’s central character. The game will resemble a hack-and-slash, but the thorough and meticulously detailed cutting system is what will set it apart from any other game of its genre, or any genre, for that matter. Rising’s enhanced cutting mechanics will allow players to slash objects as well as enemies in a widely destructible environment.

For all of you Raiden haters out there, check out the trailer for Metal Gear Rising: Revengeance below. As long as he’s wielding that sword, I wouldn’t want to say to his face that I prefer Solid Snake.